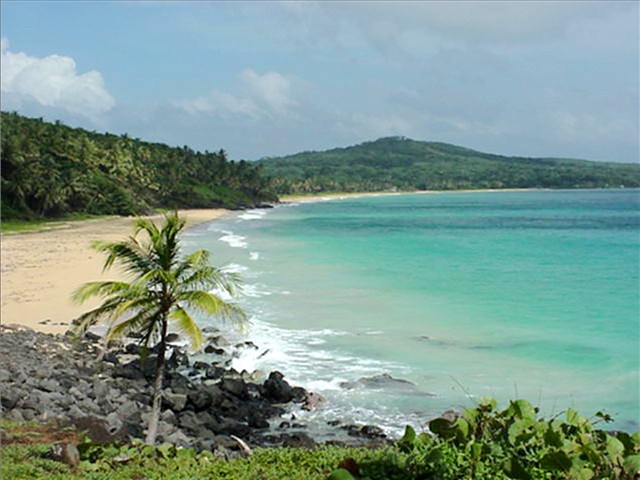 Let’s pretend for a year I am sentenced on a deserted island, but I’m only allowed to bring five musical choices. What would be my playlist?

First, I would want to bring a variety of genres to satisfy my varying moods. I would be petrified! I would need to bring something calming. My chill out song would be from Röyksopp. I love this Norwegian duo. I’m certain you’ve heard “Remind Me” when you watched a Geico commercial featuring the indignant caveman at the cocktail party. “Poor Leno” is another great tune as well as “Eple”. If you have no idea what I’m talking about, try listening to Melody A.M.

Once I got past thinking some creature was going to devour me, and I had figured out a way to cook crab and ferment coconut milk, I’d have to befriend a turtle or personify something so I wasn’t alone. Then I would loosen up and feel the liberating effects of no job pressures or money issues. Finding food, clothes, and shelter would take up most of my time. However, I would want to try that fermented coconut milk and want a song to party with me, myself, and I. I’d have to bring DMB along. His songs are timeless. My God. How do I choose one? I love “#41”, “Satellite”, “Grey Street” and “So Damn Lucky”, but “Two Step” would keep me up.

2. “#41” and “Two Step” in front of a beach fire, watching the sun set. “I wanted to stay, I wanted to play.” I love the philosophy behind the lyrics. It’s one of  those songs that lifts you and makes you weep as well. I’d want a sure-fire mood lifter. Something comforting from my childhood. No doubt, I would miss my loved ones. I would want something that reminds me of love in an innocent, frank way. Like playing with a brother. George was always my favorite.

I would want something edgier, darker. Something alternative rock. When I felt raw, hungry, and I needed to be tough. What can I listen to over and over? There are so many layers to “Nice to Know You”.

What about the last pick? I must pick something classical. For when I’m bored. For when I need a story. A lullaby of sorts. When the night seems so long. I can close my eyes and the world unfolds. Something inspirational. Something that evokes passion and zest. Something that tells of the light and the dark of humanity. Something like “Scheherazade ” Symphonic Suite Op.35. When was the last time you listened to this in the dark?

Music are stories which feed the imagination. This is the only way I’m going to exist on my deserted island for a year. Music and imagination. I’d have to find a way to write. Then I think I could make it. What would you listen to?

2 thoughts on “Music You’d Hear on My Island”