Every ten years or so, there arrives a new version of the Charlotte Brontë classic, Jane Eyre. If I see the film and Jane is pretty, I’m immediately repulsed because a major theme of the story is whether the measurement of beauty is external or internal. When Jane gets her man, it is because Rothchester finally “sees” her inner beauty. Have you read the book? Here’s a reminder if it’s been awhile.

Jane Eyre is a Cinderella retelling. Jane is the plain, neglected heroine who is abused by the cold Aunt Reed and her two manipulative daughters. Her prince charming is the aloof, rich Edward Rothchester, who loses Jane and finally finds her. Jane’s uncle leaves her a fortune which provides her independence and freedom. Some would view this as a godmother gesture. There is even a touch of the miraculous found in fairy tales. Jane Eyre hears Rochester’s supernatural cry at the end of the novel. Jane Eyre is a multi-layered tale. The point of view is first person, and Jane takes the reader retrospectively through her life in five stages: Jane’s childhood at Gateshead, her education at the Lowood School, her time as Adèle’s governess at Thornfield, her time with the Rivers family at Morton and at Marsh End (also called Moor House), and her reunion with Rochester at Ferndean. From these experiences, Jane becomes a mature woman. The novel is highly regarded because it has several elements of literary styles such as the Bildungsroman, the Gothic ghost story, and the mystery.

Jane Eyre begins her retrospection as a child and transforms into a woman. The point-of-view is interesting because it is an unusual first-person narrative.  Jane’s thoughts and world are not of a child. It is the voice of the mature Jane who remembers her childhood. 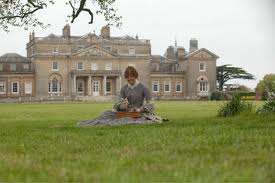 The Rochester mansion is the estate with creaking dark stairs, unused rooms, and mysterious noises that clank in the night. The sullen, charismatic, dark-eyed Edward Rothchester serves as the Byronic hero. The plot in Jane Eyre contains mysterious twists due to the sad, violent character Bertha Mason.  There’s a prequel about the mysterious Bertha. That novel is by the English writer, Jean Rhys, who wrote Wide Sargasso Sea.  I’d like to tell you about that story in the next blog.

Which film version did you prefer? 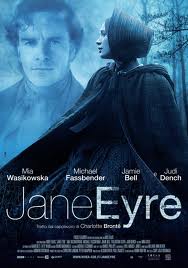 Was it the 2011 version starring Mia Waskowskia and Judi Dench?

How about the 1996 version starring William Hurt and a very young Anna Paquin? 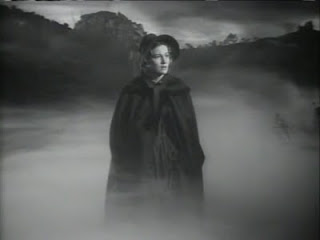 If the setting is Gothic, I’ll take the black and white version any day!

16 thoughts on “Book Review and Film Versions of Jane Eyre”