1967 was a colossal year for films. Seemed like everyone great was in an important film. How many of these classics have you seen?

The Graduate, Guess Who’s Coming to Dinner, In the Heat of the Night, The Dirty Dozen, In Cold Blood, Bonnie and Clyde, The Valley of the Dolls, To Sir, with Love, Barefoot in the Park, You Only Live Twice, The Born Losers, The Jungle Book, Taming of the Shrew, and Camelot? While In the Heat of the Night won Best Picture, and Mike Nichols won Best Director for The Graduate, my favorite 1967 film was the prison movie, Cool Hand Luke. 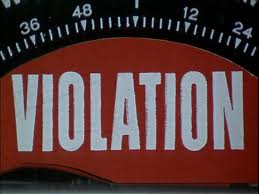 It’s got legendary cinematographer Conrad Hall (In Cold Blood, Butch Cassidy and the Sundance Kid, American Beauty, Road to Perdition)  and Director Stuart Rosenberg (The Pope of Greenwich Village, Amityville Horror) behind the lens. Visually stunning and artfully presented, there’s a lot to like about the film. It’s set in a Florida chain-gang prison. Despite dusty roads, decrepid buildings, mundane prison uniforms, Hall over-processes the film to add color to each frame. Suddenly you see the green painted trim of the Warden’s porch, the golden hue of the car doors and hunting dogs, and the blue of the sky and the chambray shirts of the inmates. The film opens with Luke snapping off municipal parking meters. The color red is a motif throughout the film signifying warnings for Luke to stop, but he can’t tolerate rules and regulations.

A major villain is Boss Godfrey who never says a word in the film. His reflecting aviator glasses shows what you think he sees which is disturbing. His actions do the talking. Because you can’t see into his eyes, he becomes an inhuman character, a soulless entity, a demon for the devil. Always watching like a hawk with his cane and rifle, he establishes order through cruelty and control by fear through example.

Here’s Luke after eating 50 hard-boiled eggs and winning the bet.

The character Luke represents an existential man. You will find much Christian imagery which is always fun to look out for in films.

Look for the repetition of crosses, the disciples, the miracles, the confrontations with God….

Nominated for best actor as “Cool Hand” Luke, Paul Newman lost to Rod Steiger. Doesn’t matter, it’s my favorite acting job by Paul Newman. Paul Newman came from the 1950s New York School of Arts when the Method Acting approach became popular. His peers included Marlon Brando, James Dean, and Montgomery Clift. He was a beautiful man. What is there not to like about Paul Newman? To men, he was the cool, thrill-seeking, smart, and unconventional man’s man. To females, he was the loyal husband to Joanne Woodward for over fifty years and the philanthropist whose Newman’s Own store products have raised over a billion dollars for charities. Oh, yes, he was gorgeous with those blue eyes, perfect skin, and strong jaw line.

George Kennedy as “Dragline” won for Best Supporting Actor. Director Rosenberg spent weeks assembling and fostering the chemistry of the tight-knit, in-mate cast. Wayne Rogers, J.D. Cannon, Clifton James, Ralph Waite, Dennis Hopper, and Jo Ann Fleet–among many others. The gang acted as an ensemble yet they had distinct personalities which made the film outstanding. Cool Hand Luke is reminiscent of the later 70s classic, One Flew Over the Cuckoo’s Nest.

Lalo Schifrin’s score combines symphonic sweeps with harmonicas, banjos, acoustic guitar, ballads and slave songs. Listen to the simple tune (religious imagery example, too) for which Newman learned how to play the banjo and sing.

The book comes before the movie! Like Truman Capote’s In Cold Blood, Donn Pearce’s 1965 novel about his time in prison inspired director Rosenberg to create a screenplay for which Pearce contributed. Anyone read it? I bet it’s great.