John’s trademark expression embodies the bored intellectual similar to James Woods: sanctimonious, manipulating, and arrogant–all visible in his eyes and the frozen line of his lips and the monotone, effeminate voice.  Quite a few of his films are flops. But when John Malkovich is really engaged in a project, he is quite brilliant and his mis-steps don’t seem to matter. Here’s a list of my five favorites.

I appreciate German filmmaking during the Weimar Republic especially legendary director, Fritz Lang’s Metropolis and  M.  Out of this time period, my favorite German film is Nosferatu(1922) directed by F. W. Murnau, starring Max Schreck as the vampire Count Orlok. If you enjoy horror films, this is one of the originals, and I think it’s ten times better and more artful than what you see today.

Shadow of the Vampire, tells the story of F.W. Murnau’s trek with crew to create the realistic horror film at a Czechoslovakian castle. When the cast and crew arrive, the vampire Count Orlok, played to perfection by Willem Dafoe, scares and attacks the cast and crew.

This is my favorite dark comedy of all time. Written by Charlie Kaufman and directed by Spike Jonze, it stars John Cusack, Cameron Diaz, Catherine Keener, and John Malkovich, who plays a fictional version of himself. Philosophical, wacky, with great acting from everyone, including Cameron Diaz who plays “dowdy” surprisingly well. John Cusack gives a stellar performance.  Loss of identity and quest for control are two primary motivations for everyone in the film including the pet chimpanzee. Through the secret portal on floor 7.5, visitors travel into the mind of John Malkovich. After ten minutes, visitors are spit out on to the NJ Turnpike. What happens when the real John Malkovich discovers his own portal and goes into his own mind? It’s hysterical. The best reason to watch the film is if you love dialogue and intellectual questions posed that one normally expects from science fiction. Is the real you trapped? What is real? Isn’t an actor a vessel who assumes identities? Does he get lost? Am I a man in a woman’s body? The more times you watch it, the more nuances register. What a GREAT script by Charlie Kaufman.

The character Craig has identity issues and only “lives” when he’s manipulating the puppets. He goes to extreme measures to secure the love of Maxine and success as a puppeteer. 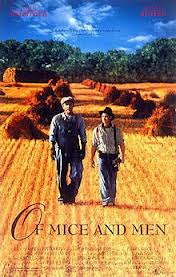 One of the rare times a film was as good as the book, this 1992 film version of the John Steinbeck classic was great because of John Malkovich’s performance as Lennie. 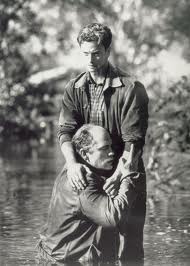 Gary Sinise did a great job directing the film.

In the Line of Fire

In the Line of Fire is a 1993 American thriller directed by Wolfgang Petersen and starring Clint Eastwood as Agent Frank Horrigan and John Malkovich as assassin Mitch Leary.  John received a best supporting actor nomination in this role and stole the show. His villain was perfect. It’s one of the better thrillers out there.

I have to mention the film that got him famous in the first place, Dangerous Liaisons (1988) with Michelle Pfeiffer and Glenn Close, who should have won the Oscar for her outstanding performance. 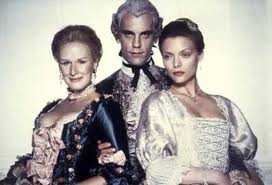 Have you tried reading the epistolary novel by 18th century French great, Laclos?  The Marquise de Merteuil and the Vicomte de Valmont  are ex-lovers and rivals. As bored aristocrats who manipulate others for amusement, their sexual affairs and decadent melodrama of the French aristocracy in 1790s makes it a perfect period film. Oh, the costumes! The breadth of John Malkovich’s acting guaranteed his successful transition from stage actor to film actor.  A must see.

There are many more I didn’t talk about. Which one of his films do you like the best? Emperor of the Sun? Ogre? Reds?

11 thoughts on “Hat’s Off to John Malkovich”