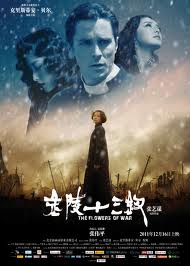 Critics called it “morally obtuse” albeit a cinemagraphic, sophisticated film. What happens when you love a film and the critics pan it?

Why, nothing, of course. What am I talking about? The foreign film, the Chinese based-on-a-true-story film, The Flowers of War (2011). I thought it was marvelous, and here’s why. 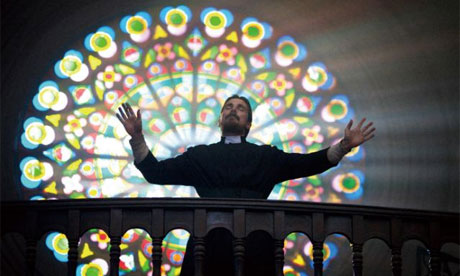 Critics claimed it was maudlin or westernized or avoiding a message. The Rape of Nanjing was a horrifying, human event during World War II. Do I want a Chinese version of Schindler’s List? Perhaps that was why the critics didn’t like it. It wasn’t real enough. 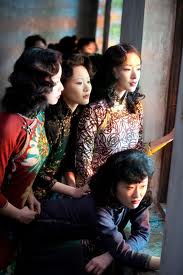 Flowers of War reminded me of WWII films from the classic age of film. In other words, it was classy! Gang-rape is horrifying enough. The cinematography was outstanding in conveying the atrocities without gratuitous realism. I’m very okay with that.

The narrator was a twelve-year-old girl recounting her survival story and relationships with two unlikely heroes: a drunk, American mortician who assumed the identity of a priest within a convent of thirteen girls, and the anti-heroine courtesan with her band of prostitutes who hide in the church cellar. If you liked the book, stage, or film version of Diary of Anne Frank, you’d love this film. The costumes, music, and church were a beautiful contrast to the occupied city of Nanjing in 1937. The roots of the story were true? Even more amazing. 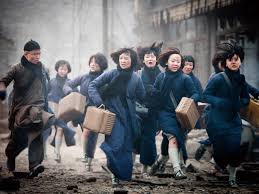 Bravo to Christian Bale for his choice as the lead in The Flowers of War. In 2011, he just came off a SAG and Oscar win for The Fighter.  He could have floated in the gravy of his Batman reprisal and acting reputation. Why bother playing in a foreign film? I admire Bale lots for stretching himself to director Zhang Yimou and lending his Western popularity to something outside the Hollywood machine.

The film was beautifully directed and acted. The universal story was based on the fictional recollections by Chinese-American author Yan Geling, from the novel, 13 Flowers of Nanjing. 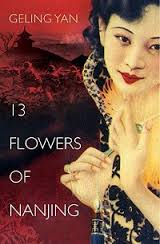 It’s dynamic. It’s satisfying. You might think the film would follow a predictable plot–hero saves the oppressed, but the growth of the characters and their interactions were top rate. Some critics claimed the convent virgins and the prostitutes were stereotyped and fodder to the protagonists, but I disagree. The story centered around the major characters and their transformations from flawed or innocent to mature and enlightened. The disparate groups provided believable support. Like Jets and Sharks, the virgins and whores, as foils, moved in unison on an ancient stage. This was a coming-of-age story for the audience. When facing the horrors of war, what do you take from the tragedy? Yimou’s use of fog, dust, and other smudging ingredients created the essence of war. The FUBAR. 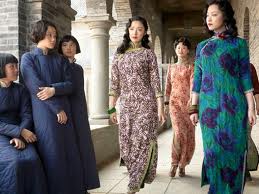 The message is clear. When push comes to shove, everyone can rise to the occasion and be noble. That’s the silver lining of war, and I think that was the mission of Zhang Yimou.  Flowers of War is a rare film that encompasses great acting, great cinematography and the blending of east and west cultures. Here you will find the virtuous in Westminster Convent, western music, and ideology married to Chinese folksongs, traditions and language. Don’t fear the subtitles!

Good for you, Christian Bale. In this film you were more the hero than that black suit you wear on other occasions. Stand in the sun and be proud no matter what the critics say.