A Sideways Look at Star Trek Into Darkness: Simon Pegg 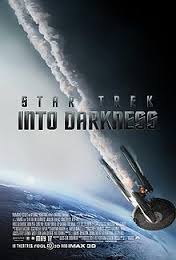 I was very pleased to witness the importance of Scotty’s role in Into Darkness. Simon Pegg was the candle in the dark room. That’s why I’m enthusiastic about this reboot of the classic. It is why it is better than Star Wars I, II,III, and VI.

The key to the film is the care given to the supporting cast. It takes time to care for characters. The special effects alone can’t carry a film. A solid script coaxes out relationships, and that’s what makes the franchise believable and loveable. How hard is it to please science fiction fans? It’s mission impossible.  J. J. Abrams delivers a satisfying show while walking a tightrope across the choppy waters of cynics through gale force winds of futuristic speculators.

One of my top-five dark comedies is Shaun of the Dead. The best zombie movie out there!

Simon Pegg is golden. As the perfect side-kick, he plays the real guy with average looks next to the gorgeous, Alpha Dog, perfectly.

He’s “Doug” from Pixar’s UP.  Scotty is loyal, silly, charming, and saves the day.

He’s the guy who reacts exactly as you would if you were assigned to work for Ethan Hunt or James Tiberius Kirk.

Only he’s smarter. Don’t you wish he were your roommate or brother?

I’m sure director J.J. Abrams understood this from MI3, 4. He welcomed Pegg as the genius most-likely-to-sleep-with-his-machines on board the U.S.S. Enterprise.  You thought it was Spock? After all, if it weren’t for Scotty, the ship, crew, and the plot ends. 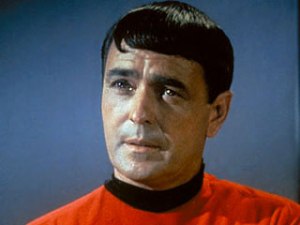 Simon Pegg manages to give the iconic figure (RIP, James Doohan) his own personal stamp and it is wonderful to see. I only wish they’d kick that ridiculous little thing that resembles an Ewok off into another galaxy….

← FDR and Eleanor Roosevelt: Appearance and Reality in Films and History
Kavalier and Clay and Superman →

18 Comments on “A Sideways Look at Star Trek Into Darkness: Simon Pegg”