If you stumble over a box in your grandparent’s attic with an Action Comics #1 of Superman, published by DC Comics on April 18, 1938 with a cover date of June, hold it close, for you could bank $100,000! The creator of Superman was Jerry Siegel and Joe Shuster.  The Amazing Adventures of Kavalier and Clay, written by Michael Chabon, is a novel which should be on everyone’s summer reading list, but especially for a Marvel Comics fan and in particular, a Superman fan.

Michael Chabon won the Pulitzer Prize in Fiction for this novel in 2001, and he is a leading, contemporary Jewish writer.

Influenced by the Depression, Siegel and Shuster created Superman as a social activist. Also, Siegel and Shuster’s parents were Jewish immigrants, and their bond and need for acceptance in American society was the impetus for creating a super-hero.  Superman’s popularity stems from an idealism created by writer Jerry Siegel and artist Joe Shuster who symbolized the strongman protecting the weak and vulnerable. Shuster and Siegel met in Ohio in the 20s, their partnership formed while in high school, and the enemy was Nazi fascism. A caped hero saving the day of persecuted Jews? It seems plausible.

Is Superman Moses? From Krypton, Superman’s name “Kal-El” resembles Hebrew, “voice of God”. In order to save him, the parents of Kal-El send him away in a vessel and he arrives to adoptive parents in a strange land. In the Old Testament, Genesis, this is what the parents of Moses do to save their son. It seems realistic to presume that two high school Jewish boys would insert Judaism into their concept of a super-hero. Siegel and Shuster both loved Science Fiction, and it helped cement their life long friendship.

Many Christians can see Superman in a context as savior of humanity. Instead of Nazi Fascism, insert the Devil, Lex Luthor. Claiming he’s misunderstood and a charming villain, Lex Luthor has the power to weaken Superman with Kryptonite. In the fight against good and evil, good triumphs. Superman is the Son who protects and is omnipresent. Is there enough religious imagery for either side to claim him? Why can’t they both be so? That Superman is larger than life, a super-hero who is 75 years old this year, illustrates to me that we need Superman on some spiritual level. Superman is the pop-culture icon who brings hope and salvation. Certainly during World War II, when the world was falling apart, a superhero was needed, and we still need one today.

The Adventures of Kavalier and Clay by Michael Chabon takes the story of Siegel and Shuster and loosely fictionalized their partnership and their account of creating the comic strip we know and love today.

Here’s a description from Good Reads:  Joe Kavalier, a young Jewish artist who has also been trained in the art of Houdini-esque escape, has just smuggled himself out of Nazi-invaded Prague and landed in New York City. His Brooklyn cousin Sammy Clay is looking for a partner to create heroes, stories, and art for the latest novelty to hit America – the comic book. Drawing on their own fears and dreams, Kavalier and Clay create the Escapist, the Monitor, and Luna Moth, inspired by the beautiful Rosa Saks, who will become linked by powerful ties to both men. With exhilarating style and grace, Michael Chabon tells an unforgettable story about American romance and possibility. 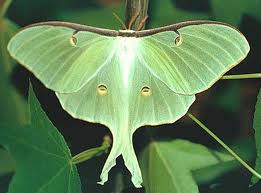 The Luna Moth. Beautiful, isn’t she?

There’s been talk of the desire by director Stephen Daldry (The Reader, Billy Elliot) whose adaptation of Extremely Loud and Incredibly Close by popular Jewish writer, Jonathan Safron Foer, to create a HBO mini-series of the novel. Might be the perfect venue for the project. Whoever lands the deal has a great shot at a unique story with commercial appeal.

13 thoughts on “Kavalier and Clay and Superman”