What’s a changeling? Medieval folktales chronicling the changeling extend beyond Britain to include Scandinavian, German, and Spanish cultures. One definition of a changeling is a baby who has elf-like or strange qualities. Frequently, the story tells of a child who was abducted by fairies. Sometimes the fairies kept the children for themselves, and sometimes they gave them to trolls. In the medieval world, a unbaptised baby was an unprotected baby and could be easily stolen by the devil. The folklore fed parental fears that their babies could be stolen if not careful. Like in Grimm’s Fairy Tales, the forest is the place for unexplained, sinful activities–think of May Day–the day one loses their inhibitions by frolicking in the woods. In literature, if something deviant is going on, it often takes place in the forest where bewitchment happens. Remember in Act II of Shakespeare’s A Midsummer Night’s Dream, the king of the fairies, Oberon, demands his faerie Queen, Titania, to produce a changeling boy? 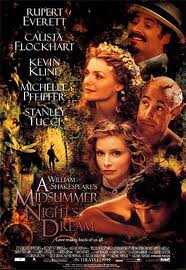 Check out Chelsea Martin’s article if you are into the history of fairies at http://fairyroom.com/2012/06/superstitious-accounts-of-elf-like-children/ . She suggests in the medieval world, before there was a lexicon to understand the child with special needs, a child who displayed autistic characteristics was touched by a faerie. It makes sense when you think unexplained events in this time period were blamed on witchery; why not fairies?

I love the artwork depicting changelings. Swedish painter John Bauer and British illustrator Arthur Rackham are two early 20th Century artists whose subjects were of the changeling. In their art, the child was snatched and lived in the woods with the trolls. 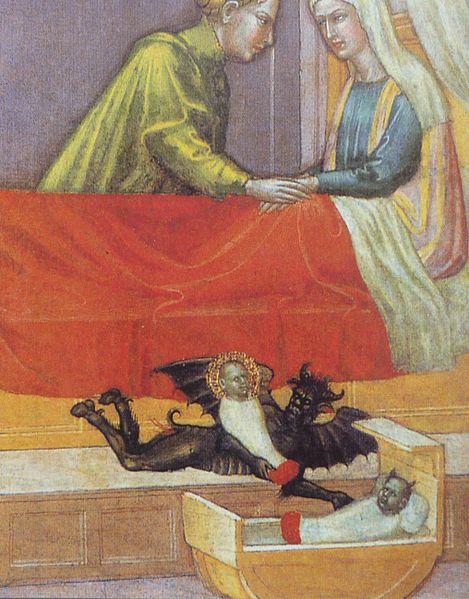 In recent times, the changeling has been a topic of everything from the television series Star Trek (season 2, episode 3) to The Doors song, “The Changeling” and a horror movie with the same name in 1980 starring G. C. Scott.

Come back tomorrow for a review on the Eastwood film, Changeling.

12 thoughts on “Art and Literature of the Changeling”