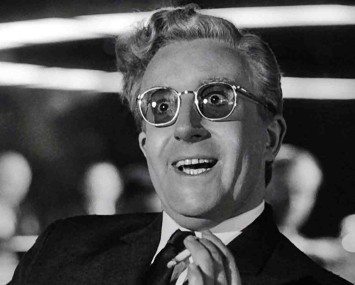 How important is it to you that actors represent the accent according to the time and place of the story?

At one end of the pendulum, if the film is about French people in France, the audience should listen to French and read the subtitles. In the middle of the swing, actors speaking English with French accents is an option. On the other side of swing, the powers that be in filmmaking decide it doesn’t seem to matter if an American, British, or Australian actors use accents to represent a singular group. 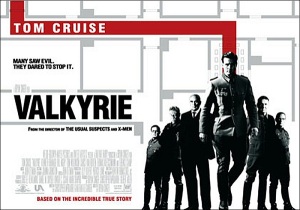 A premise with potential to highlight Nazi Germany in a unique way–Hitler didn’t dupe everyone. The political coup and assassination attempt in July, 1944 was a fool-proof plot. What’s good about the film? The cinematography was sound, even brilliant in spots. Remember the close up of the German guard squelching a mosquito biting his arm with his cigarette? Or Singer’s use of mirrors and Cruise’s eyeball in a box as his companion? The suspenseful sound effects had you on the edge of your seat. What a great cast! All my British favorites. Kenneth Branagh, Tom Wilkinson, Bill Nighy being serious for once, Terence Stamp, David Shoefield, and the list goes on. Even Hitler was British. In fact, the only “German” playing a German was actor Thomas Kretschmann who played the merciful Nazi in The Pianist, and Downfall.

The choice to cast the film with British actors and Tom Cruise using his regular voice was awful to hear. It truly ruined the film for me in an otherwise entertaining film. Am I the only one who feels this way? Since they were representing Germans, shouldn’t they have at least had German accents?

Okay, since everyone is using the same accent…

In Gladiator, everyone has a British accent, including American, Joaquin Phoenix. Since the Roman Empire expired in 476 CE, it’s easier for British actors to get away sounding like Romans since there is still an aura of the British Empire in the back closets of our minds; it’s easy for viewers to make that leap from one old empire to one recent one. It worked.

Nice job with the accent.

Some actors like Meryl Streep and Daniel Day-Lewis can pull off any accent they attempt.

One reason why I’m a fan of Leonardo DiCaprio is he attempts the accent and succeeds. Whether in The Aviator as the Texan, The Departed as the Bostonian, or as Danny Archer in Blood Diamond, South African accents aren’t easy, and he made it look so. 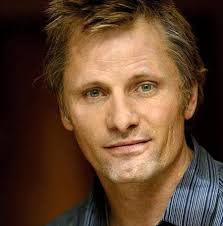 Viggo Mortensen is a underrated actor who can handle accents superbly. Wasn’t he perfect as Midwestern USA, Tom, in Cronenberg’s A History of Violence? But even more impressive as the Russian hit man in Eastern Promises (2007)?

It’s my favorite Cronenberg film. Just marvelous any way you look at it.

A favorite actress who’s great with accents is Kate Winslet. Eternal Sunshine of the Spotless Mind, I highly recommend. I loved her German accent in The Reader. These are just two performances showcasing her ability to erase that British voice and become a new character. It’s one reason why she’s at the top of the list of best actresses.

What’s your opinion about accents? What films missed and which performances stand out to you?

20 thoughts on “Accents in Films”