History in Films: The Ghost and the Darkness

If you visit the Field Museum in Chicago, you can see the man-eating lions of Tsavo, Africa on display. When I saw them, I was surprised they had no manes. Then I read the memoir by British officer, John Henry Patterson.

The First Lieutenant-Colonel was commissioned to oversee the Uganda-Mombasa Railway, and as an engineer, build a bridge so that the Uganda railway could cross through British East Africa in 1898. As the film suggested, at the height of Imperialism, having a railway to ship goods from Africa to keep Britain strong and ahead of the Germans and Dutch was paramount. This aspect of the film showcased the climate, and I appreciated the tug and pull between Natives, Muslim, Hindu, and Christian factions in the film. 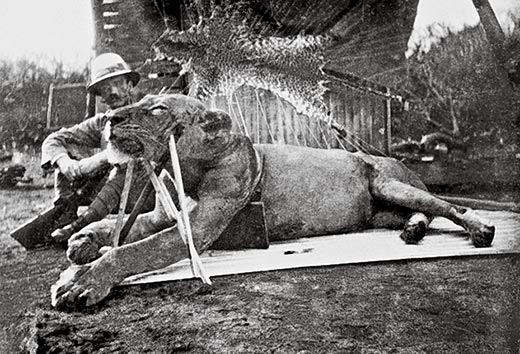 After reading his adventures, I checked out the Field Museum website:

After this, surprised was I how accurate was the “based on true events” 1996 film Ghost and the Darkness.  Bravo, director Stephen Hopkins and writer William Goldman. Starring Michael Douglas, Val Kilmer, Tom Wilkinson, and John Kani, the only glaring inaccuracy was the fictionalized character of Charles Remington, played by Michael Douglas, who aided Patterson as the scarred, scoundrel Remington, hired to kill the lions. As the expert at killing, he was an exciting personality added to the cast of misfits. 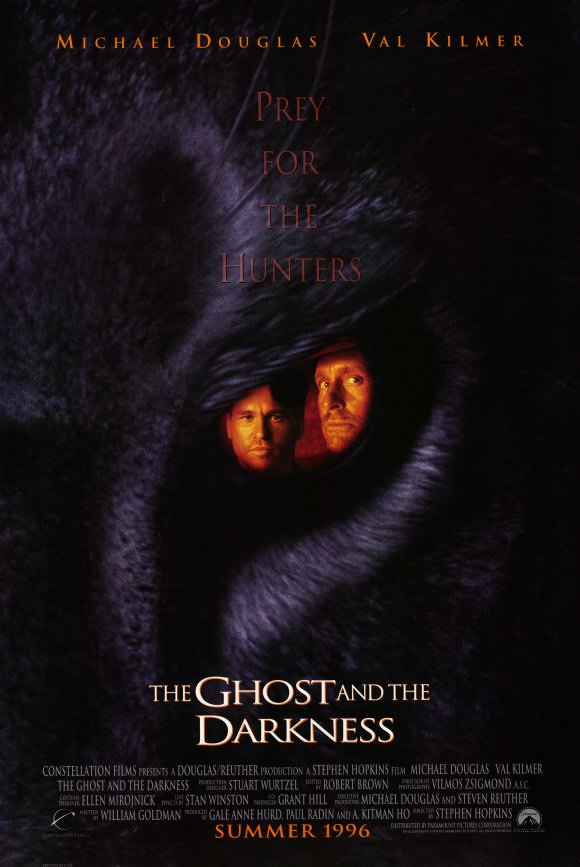 For sure this film had plenty of Hollywood in the delivery–but at the core, yes, there was a “contraption” to catch the lion. It did fail. Yes, the lions attacked the hospital and carried away patients. Yes, Patterson misfired when confronted with one of the lions. The pair did seem to have a taste for human blood, for there were well over 100 humans devoured by the two lions named the Ghost and the Darkness. The discovered lair contained a stockpile of human bones that was atypical of lion behavior because lions rarely ate humans. The historical event was a horror story. Considered evil, the inability to kill them gave way to superstition.

So why should you watch this? The cinematography was fantastic. Patterson professed his love for Africa and this was one of those films that captured the beauty of the African landscape perfectly.

The chemistry between Remington and Patterson was ideal. The suspense and the horror of the kills was shocking. I never tire watching Tom Wilkinson being that stuffy, British authoritarian. Val Kilmar was at his height 1996. This was a great film for him, and Michael Douglas was the bad-ass that delivered.

I recommend it for the historical accuracy, the climate of 1898, and the chemistry between the actors. It’s suspenseful and terrifying. Watch out for the camera angle that shows the lion’s vision. A gutsy move, and I liked it.

← Art in Films
Read This: The Family Orchard →

11 Comments on “History in Films: The Ghost and the Darkness”