When I read Martin Scorsese’s review of John Ford’s The Searchers(1956) starring John Wayne, I admit it helped me understand the film in a way only a filmmaker could explain.  I’m a movie buff that has a hard time appreciating the genre of the western. I expect clichés, cardboard characters, and predictable plots. That’s not what I got from watching The Searchers. The cinematography was  easy to love. The storyline was unique and the characters complicated.  After reading Scorsese’s review, I have a thirst to read the book from which the film derives, The Searchers: The Making of an American Legend by Glenn Frankel.  Here is  Martin Scorsese’s article from March 2013, The Hollywood Reporter:

The captivity story is a fascinating subject in American history and literature. Native Americans raiding homesteaders, killing families on the prairie and abducting females as slaves are true stories. However, many tribes like the Hopi, were peaceful tribes and not interested in warring.  In the Western film, all too often the Indian is attributed with the degrading stereotype of an imbecile savage.  It rarely occurred to the government or its citizens who traveled west to settle that they invaded a territory already inhabited and worth defending.

This is where The Searchers becomes interesting for me. 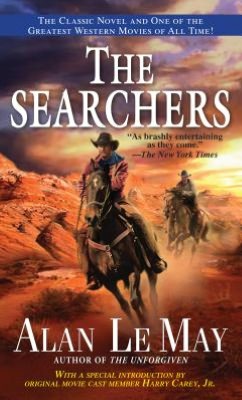 The film is based upon the 1954 novel by Alan Le May. The screenplay written by Frank Nugent, incorporated the historical account of Texan, Cynthia Ann Parker, a nine-year old girl abducted and  assimilated into the Comanche culture, married a Comanche chief, had  3 children, and was ”found” 24 years later by Texas Rangers who returned to her white relatives. That Cynthia Ann Parker grieved after her return to white culture is ironic and a truth ignored—sometimes, the abducted preferred the culture of the Native American. However, this part her story is not told in the screenplay. Honestly, I find the historical story more interesting than the film. 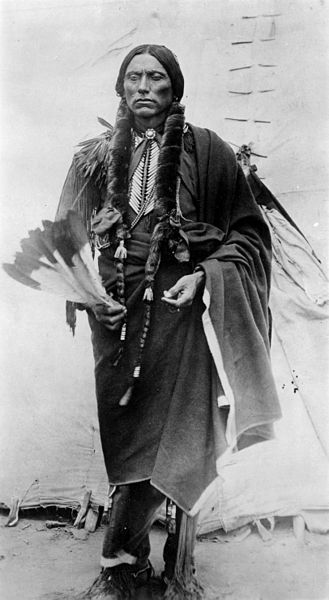 In the film, John Wayne plays a Civil War veteran who has a hatred for Indians. During the Texas-Indian Wars, Ethan Edwards and his adoptive nephew Marty, played by Jeffrey Hunter, go on a search for years to find his abducted niece played by teenager Natalie Wood. John Wayne tried his best to act and there were moments when you see his pain or feel his anger. There’s a strong scene when an Indian buried under a rock was found dead and Ethan Edwards shoots out the eyes so the Indian will walk the after world blind.  Martin Scorsese said, “No one in his posse understands the meaning of the gesture: He hates the Comanche so much that he actually has bothered to learn their beliefs to violate them.”

The Searchers is a mystery story of a loner who spends years of his life searching for someone. Abruptly, his job done, the famous ending shot of Ethan standing in doorway alone is arresting.

While the story is supposed to be set in the panhandle of Texas, John Ford filmed The Searchers in Monument Valley, AZ/Utah (other parts in Colorado). The endless landscape and the western sky and his ability to capture the light makes the setting breathtaking. The subplots and ending shot of Ethan Edwards holding his niece in his arms all the way home is tender.

The Searchers is a masterpiece and treasured as well as ranked 12th on AFI’s top 100 films. Even if you don’t care much for Westerns, this one you should see. If you love Westerns, you already knew that The Searchers is great. What do you like best about the film?

46 thoughts on “Film Spotlight: The Searchers”