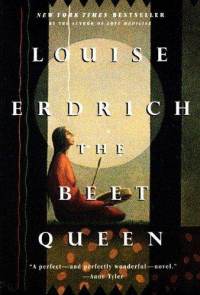 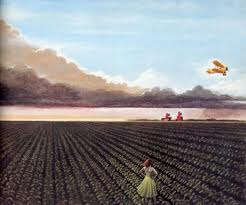 One of my favorite American authors is Louise Erdrich. She is the daughter of a Chippewa Indian mother and a German-American father and has won the National Book Award (Roundhouse) and is a Pulitzer finalist. She is usually featured in canonical textbooks featuring short stories from The Red Convertible. Why? She illuminates the toughness of the time period in the 20s, 30s, and 40s in America and a regional writer of the Dakota/Minnesota area. She uses the lonely space, harsh seasons, and unsympathetic landscape to create quirky characters. I recommend reading what made her famous in the first place, The Beet Queen, 1986.

I love the character Mary Adare. We meet her as a the abandoned girl who watches over her newborn brother and her sensitive brother Karl, resolute. Her reaction to her mother flying away with a pilot from a carnival without so much as a goodbye is a simple response of gladness, for her mother was irresponsible and frivolous in Mary’s eyes.  As a narrator, Mary Adare told her side of the story in a clinical way. She reports the events devoid of tears and bitterness. For instance, immediately following her mother’s abandonment, Mary sits on a bench holding her infant brother. A childless couple takes the hungry newborn from Mary’s arms and claims they will take good care of him. Even though Mary wrestles with the man to keep her brother, she is overtaken and the couple disappears. This kidnapping is a horrific event. Yet, the old soul in Mary listens to her baby brother’s wail fade, resigned; it is not practical to keep the baby. She sits quiet, stunned. Women from the 20s and 30s dealt with the gritty experiences of life that make me cringe with wonder today. Erdrich has a great ability to create memorable scenes in ordinary surroundings. That’s one of her specialties.

Circa 1930 Argo, ND comes up again in Erdrich’s The Red Convertible: Selected and Other Stories. Her minimalist, subtle style matched the time period perfectly. In the story,“The Blue Velvet Box”, Mary Adare reappeared as the teenage narrator who cared for her brother Karl and a newborn when their mother renounced her responsibilities. The siblings hitched a ride as hobos on a train to their aunt and uncle who owned a butcher shop in Argo, North Dakota. Mary reported what happened in her matter-of-fact-way. This technique of contrasting emotionally charged events in a detached way was very effective.

Mary asked for no sympathy for herself. She accepted the harshness of her reality as though it were the natural order of the world. Mary’s brother Karl was her opposite. Sensitive and weak, his mother’s betrayal crushed him. The only soft side to Mary was her friendship with Celestine. Mary worked at the butcher shop and the chores of handling, cutting, and mincing the carcasses was a perfect job for Mary’s hard personality. Mary was a by-product of her environment. 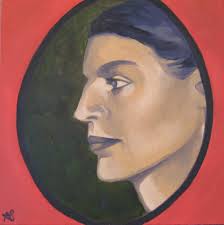 Finally, in The Master Butchers Singing Club (2003), Erdrich created characters by constructing them with quirky details. Take Cyprian. He was the love interest of the prominent narrator, Delphine. What did he do for a living? He was a juggler and they performed in shows and circuses. His proclivity for men did not stop his devotion and attention for Delphine. She loved him, but instead of throwing away what was good between them, she ignored his wanderings. Then there was the relationship between Delphine and Eva, her surrogate mother who died of cancer. The master butcher, Fidelis, was heartbroken and surrounded by three sons and an antagonistic sister. He will eventually marry Delphine. Delphine’s father, Roy, was the town drunk and harbored three dead bodies under the house creating a mystery in the story. The positives of the novel were the creations of unusual characters and how they interacted with each other.

So the characters come and the characters go. It occurred to me, the novel was a vaudeville act reminiscent of Cyprian and Delphine’s juggling show. In a vaudeville show, some acts last longer and have staying power. Some characters you hate to see leave, like Cyprian and Eva and Franz. I wonder if Erdrich meant for her novel to function as a vaudeville act becoming a metaphor for life? Are not our lives made up of acts starring characters who come and go? Haven’t you ever felt like you were part of a freak show? Writing is a balancing act. Writers are tight-rope walkers and jugglers and accomplished at both is Louise Erdrich.

1 thought on “Read This: 3 Favorites by Louise Erdrich”