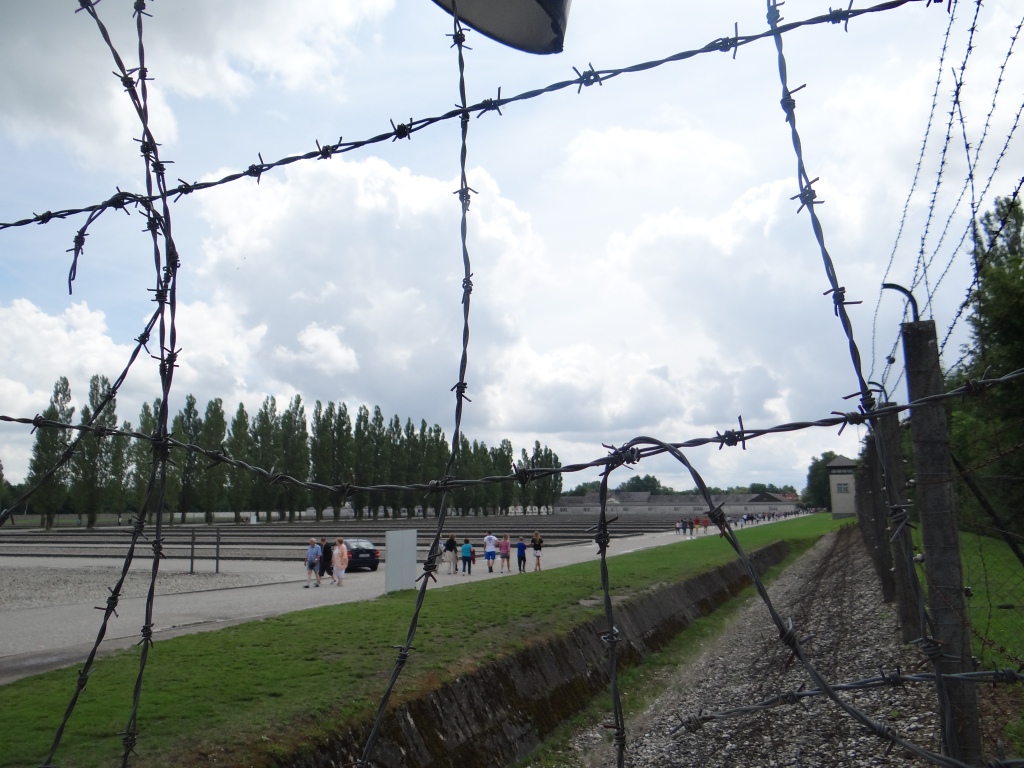 Twelve us returned from a grand adventure to Munich and Berlin. It’s expected of one to hit the touristy stuff like gaping up at the Rathaus-Glockenspiel (giant chiming clock) in Marienplatz, Munich at five p.m. while drinking a fresh liter of Hefeweizen bier or admiring the Bavarian Alps especially at Neuschwanstein castle.

While the architecture was stunning, the highlight of the trip was watching Germany play against Argentina in the World Cup. From the hotel window, as the full moon rose above an expectant populace, hundreds of thousands of Deutschlanders took to the streets to watch TVs project the game in alleys and squares or they reserved their seats in their favorite pub. We were privy to a country wide-awake and thrilled to take part in a national event equal to ten American Superbowls or New Year’s Eve in 1999 or what I imagine folks felt on V-E Day. 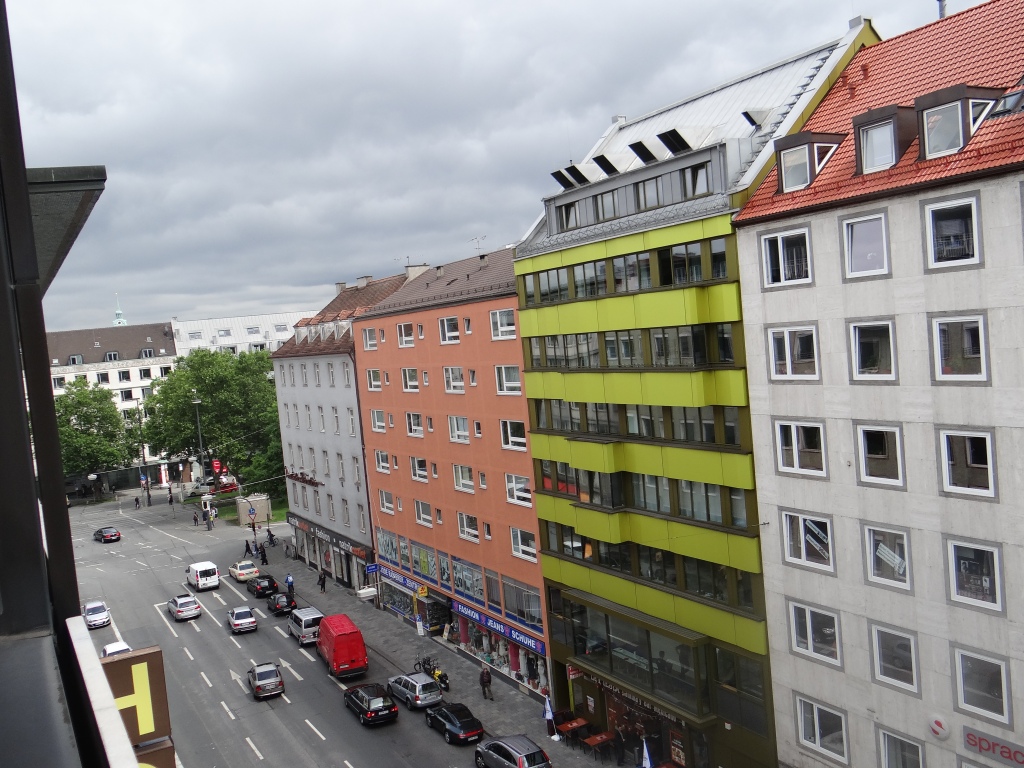 The game ended around midnight in Munich and cars and people clogged the streets with a rupture of cheers, chants, and fireworks that lasted until three a.m. That was our last night in Munich and the group boarded the ICE train next day and headed north to experience Berlin. 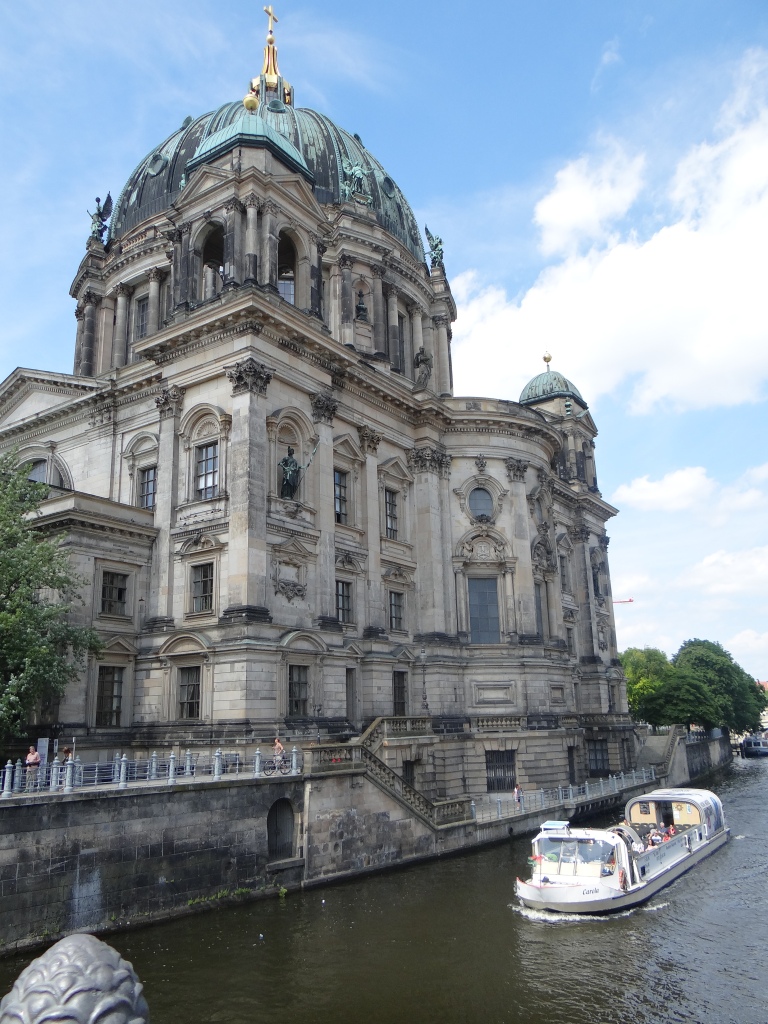 This lovely lady is over fifty in the Berlin Zoo.

Did you know that Berlin has more canals than Venice and is built on swamp land? During World War II over 370 bombings dropped by the Allies destroyed almost all the city. If you know anything about WWII, you know it was a civilian war where all sides destroyed the moral heart of their enemies–the inhabitants.  Matthias was a unique guide who grew up for the first 27 years of his life in East Berlin. He showed us the sights and explained what it felt like to be German. As he showed us the Berlin Wall, a stretch standing about a city block on the East side of the city, it was a popular stop for the tourist because this section hosted artists from around the world to paint a panel. 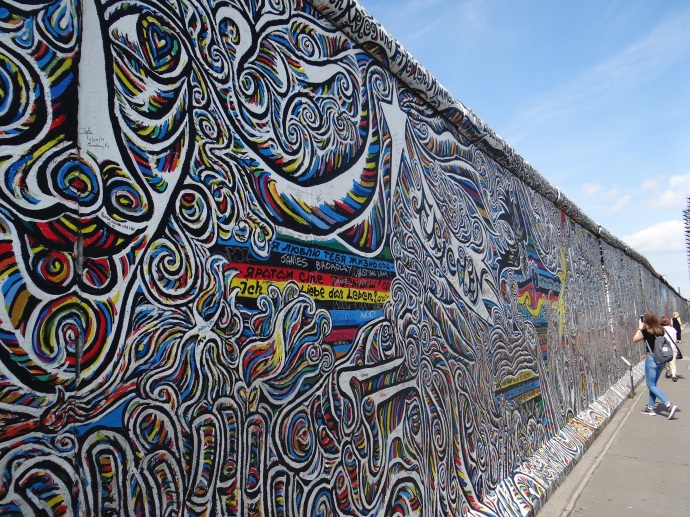 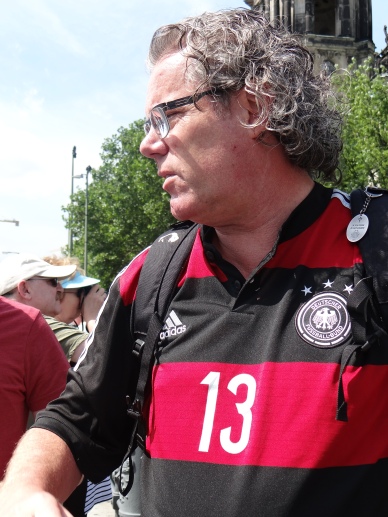 If you visit Berlin, you will see the snake of cobble stones trace the removed wall embedded in the city streets. Straddling what was once East and West Berlin, marveling at the Surrealist work of Salvador Dali, passing by Checkpoint Charlie, visiting Nefertiti in the Neus Museum, gawking at the gorillas in Berlin Zoo, or walking the lush lawn of Teufel Park, it was a special time. Matthias would be the first to point out that the city’s architecture is ugly compared to Paris or London or Rome, but there is beauty to experience and his passion and pride for his city was infectious. 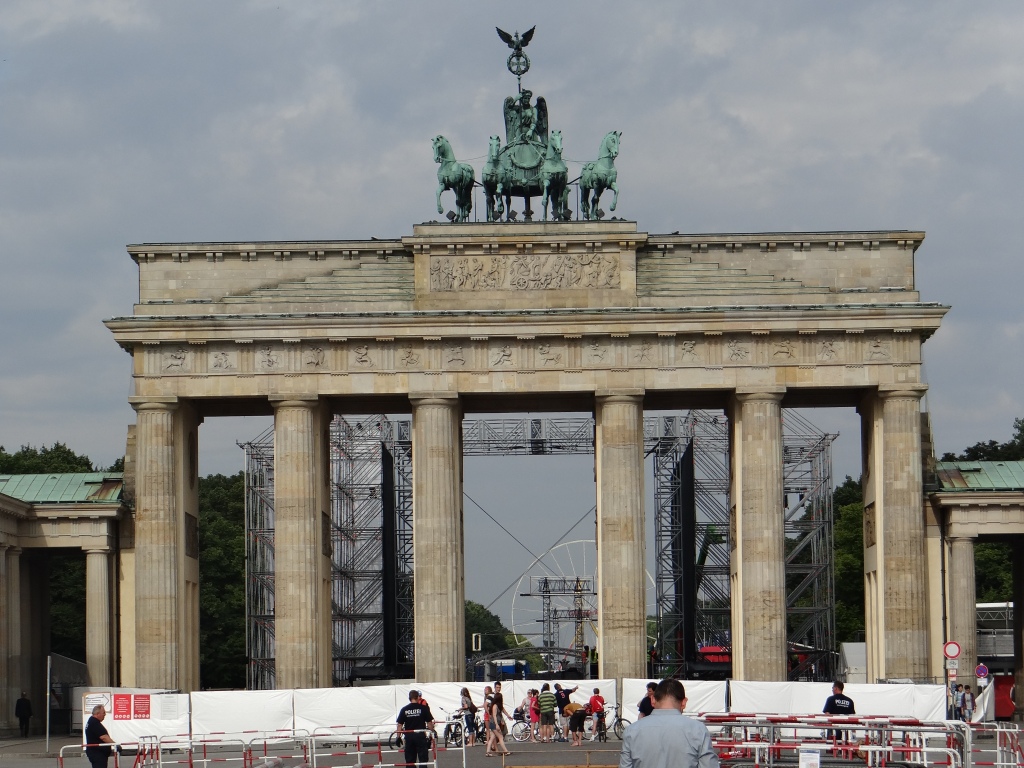 When the heroes returned from Argentina, 500,000 Berliners celebrated their victory in front of Brandenburg Gate. We watched at a Bier garden and listened to Matthias explain how this wasn’t just a sporting event. For the first time in seventy years, Germans were proud to hang out their national flag. Inheriting the legacy of Nazism and the Holocaust hasn’t been easy. For the first time, Deutschlanders set aside the shame and regret of their past and rejoiced as a country.

A Jew looked through the gas chamber at me.

Is it possible to remember, “lest we forget”, but move on, too? I sure don’t have the answer, but I will assert the World Cup win was a refreshing tonic.

25 thoughts on “Why Germany needed to win the World Cup”