Plato said that the eyes are mirrors to the soul. I’ll assert a movie star’s charisma is in part due to their eyes. Blue eyes? They seem to get the most attention. Here’s my top ten list of actors throughout the decades whose eyes played a large role in their star power. 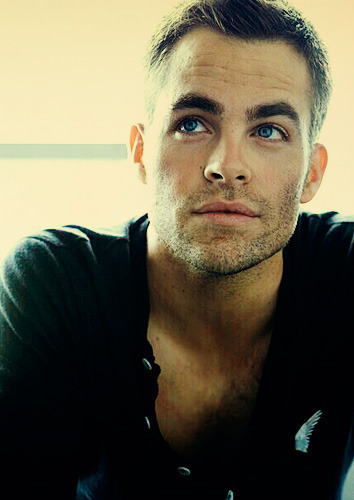 Chris Pine’s pretty face would be nothing without those gorgeous blue eyes. Captain Kirk, I’m more than happy to follow you through the galaxy.

Here’s to a perfect Edward Rochester. Toby Stephens has British rugged-handsome down to an art form. Smart, beautiful to listen to, expressive–if you have visited Ruth’s site at Flixchatter, you’ve heard all about it. It must be his eyes.

I have been impressed with James McAvoy’s acting in Atonement, Last King of Scotland, X-Men; his expressive face in Filth was dynamite. He makes any film better. Those eyes do it. 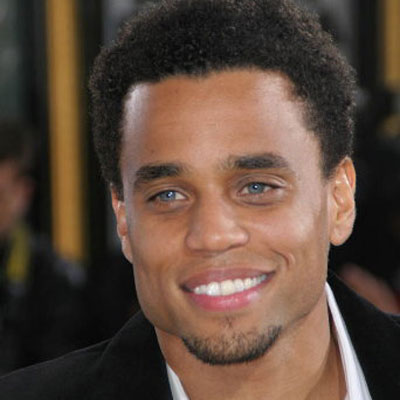 Mike Ealy’s eyes. Wow. Give this man some serious roles to play! In Almost Human, he was just fine as Dorian. He plays in mediocre films, but when he walks into the room, he has a commanding presence. I’d love to see him play more interesting characters. Wouldn’t it be cool to see a drama which starred Djimon Hounsou and Mike Ealy?

Like him as an actor or not, you have to admit his eyes have shouted or cried or looked perplexed for too many decades now to ignore. I think he’s marvelous. My favorite Leonardo DiCaprio roles? The Aviator, Shutter Island, Django Unchained, Gangs of New York, Romeo and Juliet, and What’s Eating Gilbert Grape?–still one of the finest acting jobs given by a male. 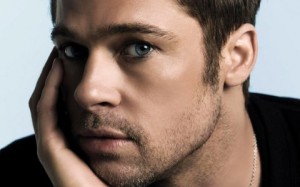 Brad Pitt is too iconic to leave off a list featuring beautiful blue eyes. He’s been trying to look hairy and scruffy, downplaying his Apollo good looks for years, but he can’t hide. Those blue eyes have made him the superstar men and women both adore. Fight Club, Seven  or Troy, he just stands there looking at you with those eyes, and it’s okay.

How blue are Jared Leto’s eyes? He’s fascinating to watch on the screen no matter which role: Mr. Nobody, Requiem for a Dream, or Dallas Buyers Club.

In the 1980s and 90s, Mel Gibson was the most beautiful actor out there. His eyes, deeply brilliant and blue are a major part of his appeal. Have you seen him in The Bounty, Hamlet, or Conspiracy Theory? The reviews were mixed, but I think it’s underrated. The man has bad press, but he can act. 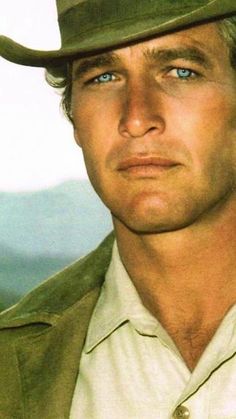 Paul Newman is my favorite actor of all time. His blue eyes are legendary. As a philanthropist and honorable family man, not to mention he was a power-hitting actor, no one comes close as a Hollywood Star who deserves all the hype and accolades. Have you seen him in The Hustler and Cool Hand Luke? Just two of many fine films he’s associated with.

O’ Blue Eyes began it all. Who doesn’t love the crooner?  He could act, too. I love him in The Manchurian Candidate, Guys and Dolls, Oceans 11, From Here to Eternity, and The Man with the Golden Arm.

These are mine–too many I left off the list. Which are your favorite bright-eyed stars?