Days that live in infamy are particular to every country. In the United States, what happened on September 11, 2001 is shelved in the mind along with the Pearl Harbor attack on December 7, 1941 and J.F. Kennedy’s assassination, November 22, 1963. On September 11, normalcy was stripped away and vulnerability and violation filled us all. Solemnity existed on multiple levels. Personally, many knew someone in the city or intimately involved with the day’s destruction. Regular time stopped and the interruption seized hold and shook hard as we stayed glued to the television for details and answers. The days and weeks unfolded and we prayed and cried and blessed the heroes and victims. Documentaries were made commemorating the efforts of fireman and doctors and nurses and policemen and military personnel and politicians. Families of those who passed shared their grief and we grieved with them. Today, a classy memorial is at Ground Zero with a saved Pear Tree, water falls, the names of the fallen, and two beams of light ascending to the clouds at nightfall. 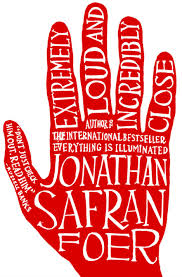 The 2012, Best Picture nominee Extremely Loud and Extremely Close starred crème de la crème actors, Tom Hanks and Sandra Bullock. The script seemed like it was in good hands. Eric Roth adapted his screenplay from Jonathan Safran Foer’s novel by the same name. I’ve been an admirer of Eric Roth as a screenwriter for a long time. Consider his track record: Forrest Gump, The Horse Whisperer, Ali, Munich, The Insider, and The Curious Case of Benjamin Button. If Eric Roth is involved with the project, odds are excellent the script will be intelligent, sensitive, and dynamic.  So why was this film either reviled or respected? 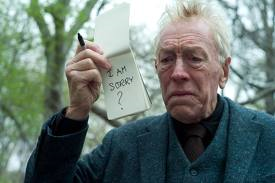 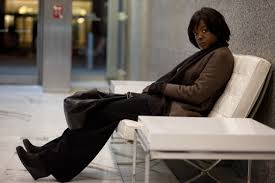 I have a tendency to focus on what’s great about a film and ignore as much as possible what’s annoying. If you haven’t seen Extremely Loud and Incredibly Close, I would focus on the performances of the supporting cast, like the marvelous Max von Sydow, who was nominated for an Oscar for Best Supporting Actor. Viola Davis had a  strong presence on the screen, too.

The principal child actor was eleven-year-old Thomas Horn as the grieving son, Oskar Schell. While I understand critics thought his frenetic screaming and exuberant rants annoying, I thought it was exactly the delivery he should have given if you consider the style of a Jonathan Safran Foer novel which is full of frenetic exuberant screaming. Some didn’t like the adaptation at all, but I don’t think of a book and a movie as the same story at all. They are two texts, related, but I never had a problem if the film version strayed from the book. Is Safron Foer’s book better than the film? Oh, yes. But I still enjoyed the film for more reasons than I disliked it.

The film is about the effects of a catastrophe, a day of infamy in a boy’s life, whose father dies on 9/11 and he reaches beyond the grave and inspires his son to move on. It’s not a plot driven story but rather character driven. It’s a film about the healing process of a brilliant son who can’t handle the horror of losing his idol. That’s powerful stuff. If it weren’t associated with the events of 9-11, it might have scored higher with critics who panned it for superficiality of a national tragedy. I didn’t see it that way at all. Too bad Bullock’s character didn’t have more dimension other than the mother who has to live with the knowledge if her son had to lose a parent, it would have been her in the casket rather than the father. Ouch. 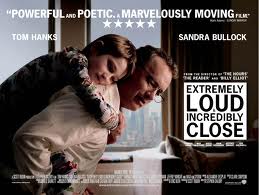 Which camp do you fall in?

Is it possible you don’t know what happened on 9/11? Here’s a succinct summary.