I read an amusing, interesting article about stereotypes in Hollywood by Juan Arteaga. You can read it HERE

Some of my favorite films included them. Would you agree the film industry is a powerful influence and molder of the mind? How one perceives another as a group is often created and affirmed in films? Without personal experiences to counter-act the image, you could very well adopt that perception and it becomes your own? Or worse, girls and boys witness in films, billboards, magazines or television shows a female perpetually poised in a sexual position, should we be surprised another girl grows up looking and acting like a sex-object and boys grow up into men who search for them?

(8c) women are shallow and think only of men

How serious should we be as viewers? Identifying the stereotype first and recognizing what we see could be potentially damaging is a step. But then what? Boycott the film? Considering the article by Juan Artega, the pictures throughout this post feature films which portray common stereotypes.  Can you match them?

1. The Magic Negro (God-like powers and saves the whites)

2. The Gay/Effeminate psychopath (nurturing homophobia by attributing sexuality to a decrepid behavior)

3. The Latino Maid (cleaning is all they know how to do. Ugh!)

5. The Mighty Non-Whitey (black man or non-white jives, dances, and with a laid back attitude, saves the day)

8. Women:  A. androgynous male-killers  B. the naïve child C. One dimensional–let’s talk only about men D. The femme fatale. 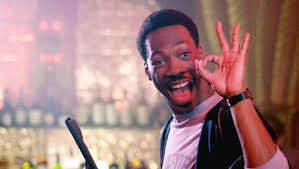 If you think stereotypes are bad, how do you combat them? In films, characters shouldn’t display a single image. They should contain complexity. Thinking about womens’ roles my favorites characters followed no stereotype, and they possessed strong personalities.  Clever and amusing, their self-confidence makes them attractive. Complicated and compassionate is a fine mix. Their loyalty to their mate and devotion to others is true sex-appeal. Simply being a sex object is boring.

8B Women are naive and need protecting 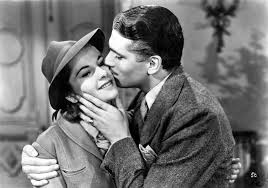 8B Women are children, dependent

No person possesses a singular attribute or foible. The best films for me are those with characters who are like a kaleidoscope. Those flawed characters who rise above their predicament and attempt to do the right thing are the best–and those roles are usually written for men. Every once in a while a female role stands out. 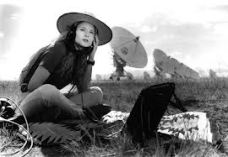 So what do I do about the fact that I still love The Green Mile, Fifth Element, and Bulworth?

← Five Shots: Leafing in the Desert
The Final Shot in Film →