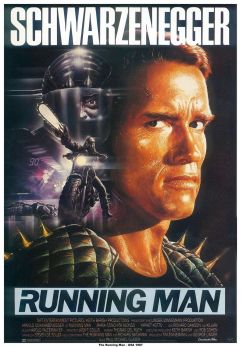 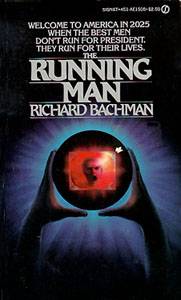 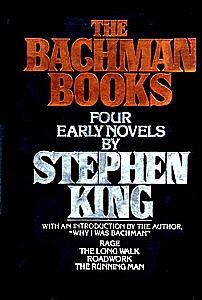 This contribution is for my movie buff friend, Rob, who is hosting the MOVIE ROB’S OCTOBER STEPHEN KING BLOGATHON. I selected not a horror film but a 1982 science fiction novel penned by Richard Bachman, the alias of King. According to Stephen King, On Writing: A Memoir of the Craft, it took him a week to write The Running Man. Like several of his film adaptations, the transfer from book to film is difficult. You really need a magical director to pull off the magic of King’s words. Is The Running Man as good as The Shining, Misery, or Carrie? No, not even close. Should you watch The Running Man (1987)?

A good dystopian story contains satire, and The Running Man film reeks of it, and that’s the challenge with appreciating it. The story-line has a superior message which the inner intellectual embraces, while the film surrounds the viewer with all the crass elements about the 1980s I’d just assume forget. The film could have been a Blade Runner or a Mad Max with its themes developed, but as The Running Man tries to illustrate the ludicrousness of society, that is, a populace addicted to reality television and individual freedoms stolen by a corrupt government, the emphasis of the film shifts away from the warning and stresses the absurdity of the stalkers and the deliverance of those silly one-liners we all associate with Arnold Schwarzenegger. Plus, it lacks the clever special effects admired in Total Recall (1990).

Does it sound like I disliked the film? No, it is fun if you don’t take it too seriously. After all, you have to admire the cast for they are living examples of the parody and know it. Richard Dawson as the superficial television game host (remember Family Feud?) gives the mob what they want–violence and death in a gladiator-style television show with all the noise and lights and Jane Fonda leotards on dancers who came straight from the MTV set of a Paula Abdul video. How about Jim Brown, the football fullback worshiped for his prowess as a stadium athlete, or Captain Freedom played by Jesse Ventura, the quintessential wrestler famous for his staging in the ring? Or Mick Fleetwood from Fleetwood Mac, a performer from another circus ring, the rock star? All this parodying of the entertainer and their fickle fans, grandmothers, and average Joes who are duped by the media makes me cringe especially since the story is set in the future of 2017.

I like watching old science fiction just to see if their predictions came true. Have we devolved? I think humans have always loved the diversion of entertainment. One can easily see the parallels from 1987 to today; we do live in a dystopian of sorts where violence and technology reign supreme. Where that thin line between appearance and reality is distorted for ratings and sales and the wow-factor. The fizz of the entertainment industry. The assault on the senses. A police-state merging with the entertainment industry to brainwash its society. Taken in this vein, the film from the past contains varying shades of our today. When I first watched it thirty years ago, it did feel like science fiction. Who better illustrates this past-present correlation than Arnold Schwarzenegger who has spent a lifetime in front of a camera as body-builder, actor, politician, and returning today as an actor, a nebulous icon of our world?

If you like good old-fashioned kick-ass films with sarcastic tough-guys bludgeoning their way from point A to B, you’d like this one a lot.  I did love the pod-slalom scenes when runners are transported from the studio set to the outside arena. 3.5 out of 5.

37 Comments on “The Running Man” 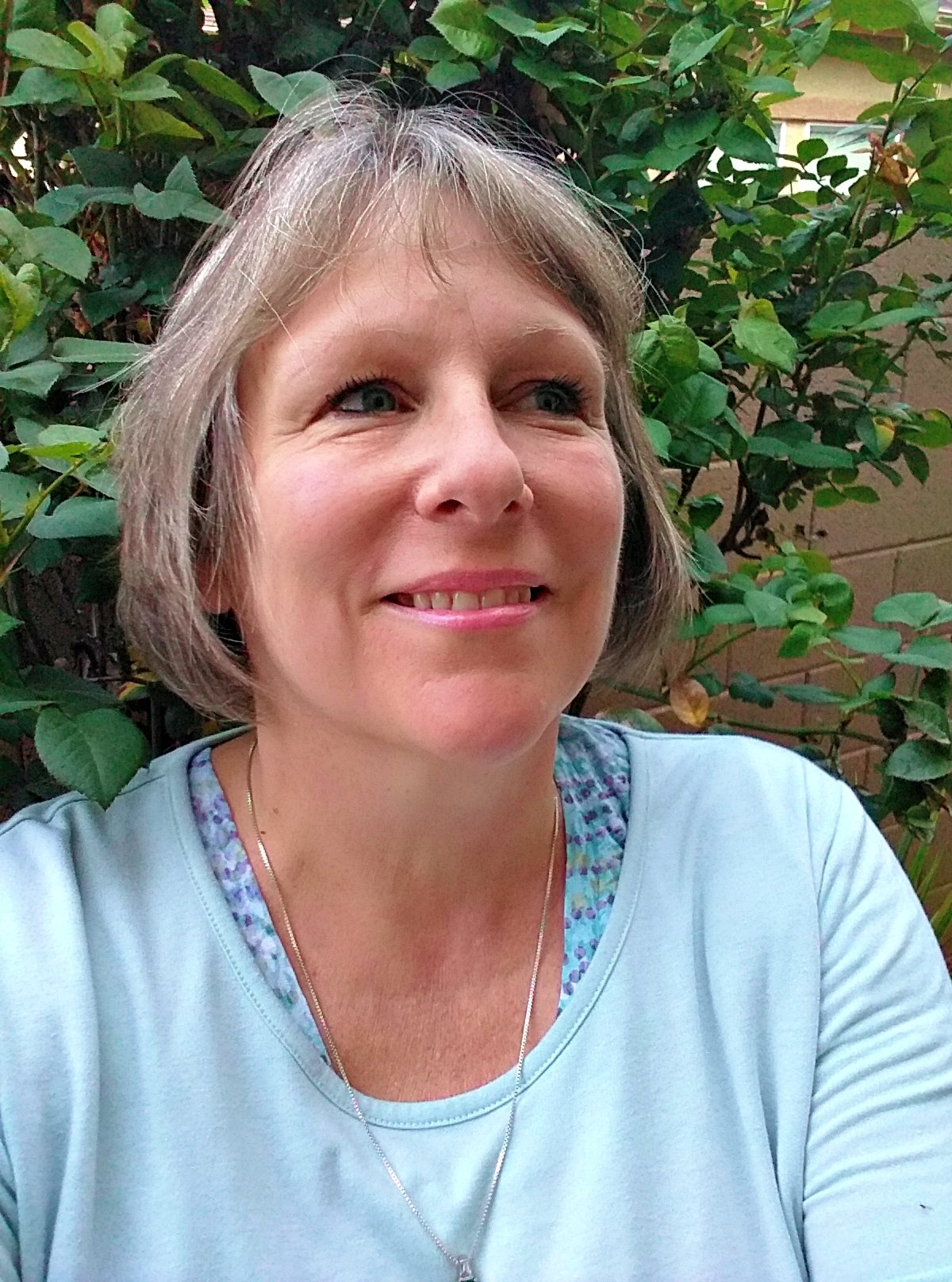