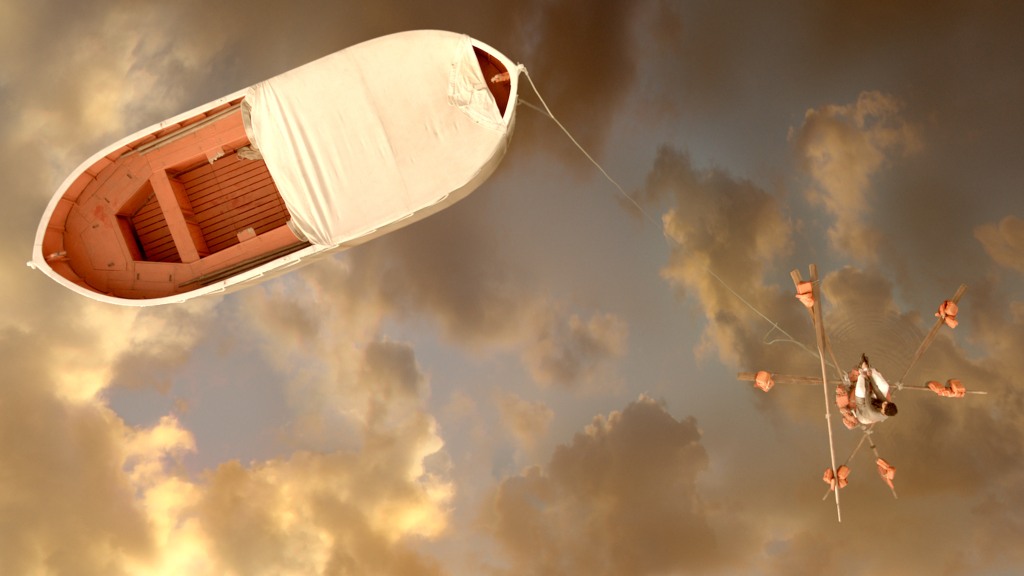 I revisited Life of Pi (2012) the other day and focused on the magical realism offered by Computer Generated Imagery like the algae-glowing dream sequence when the young Pi peers down into the depths of the ocean. It became a launching point that represented a step in his spiritual journey; CGI became the eyes of the older Pi remembering his experience. Down we go, swimming with the whale, circling the creatures, encountering his holy mother, and acknowledging the truth that his family was dead, entombed in the gray ship on the ocean’s floor. The realities of life are harsh and the world dim. Magical parables and mysticism found in most religions help humans connect to a positive power. CGI functions as the visual wand expressing various religious dogmas, and in this film, CGI works. Do you have two minutes? I found The Daily (November 26, 2012) video explaining the making of this film interesting.

Generally speaking, movie buffs tend to either embrace CGI’s evolution in the past forty years, valuing the technological advances as mind-blowing fun, or they hate how the overuse of CGI has substituted style over substance giving us films with alternate realities that have come to ignore the wonders and beauty of real settings. For example, compare Avatar with Dances with Wolves.  It’s the same story. Which one is better? DWW, hand’s down. Also, there is a danger with hyped up, over-the-top, fantastical worlds. Young film goers who know nothing else but CGI accept it as the reality. They prefer the fantasy world over the real world. It is stimulating and entertaining living in a bubble. Real life is a drag in comparison.

Found on the Project Gutenberg Self Press site HERE,  from the timeline of CGI in film, here are evolutionary highlights about CGI:

What was the first CGI film to gross more than 1 billion dollars? Toy Story 3 in 2010.

For better or worse, I acknowledge there’s no turning back when it comes to CGI. I assume the next step is 4D? Can you imagine going to the movies and being in them? What will the cinema experience be like twenty years from now? What CGI films worked for you?

53 thoughts on “When CGI Works”