What I know about Italian cinema would fill a thimble. Why not start at the top? I could not have picked a better choice than to acclimate myself with the daunting director, Federico Fellini, and Nights of Cabiria (1957). 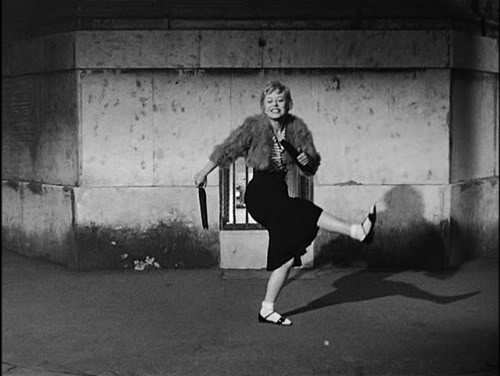 The film begins and ends with the ocean and all of its hazardous potential; it is a metaphor for the personality of petite Cabiria as well as her life. She, the prostitute from Rome, an orphan who survives by her wits and her body, who owns her own home, and she aches to find an identity with which to live. She is as confident and loud as a yapping terrier. With verbal attacks or growling nips, her bark and bite are defensive strategies. She has grown a convoluted mantle from a life of storms and tides. Several scenes show us this soft underbelly and it’s what allows Masina to create a multi-dimensional character. 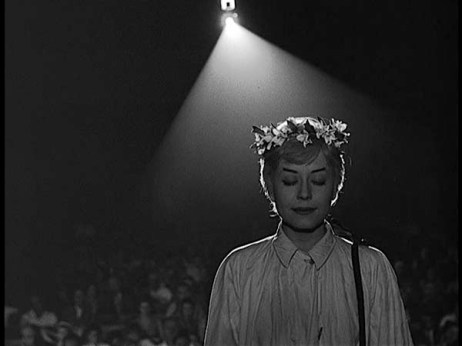 Cabiria bounces through the riptide of the Day of Adoration parade caught in the fervor of religious zeal. She is curious by the singular efforts of the Good Samaritan who feeds the homeless in caves outside Rome. Under hypnosis, she reveals a love brimming with such tenderness and yearning, your eyes will swell with tears. Cabiria’s charm is in her gait when she saunters or how she plays with her props like Charlie Chaplin, the artist who inspired Giulietta Masina in the role. The ending shot is grand when emotive music lifts Cabiria’s smile and the tragic situation floats away. Through a haphazard course of men and broken promises, Giulietta Masina delivers a range of expressions and energy and breathes life into Cabiria who returns like the tide, her optimism eternal. 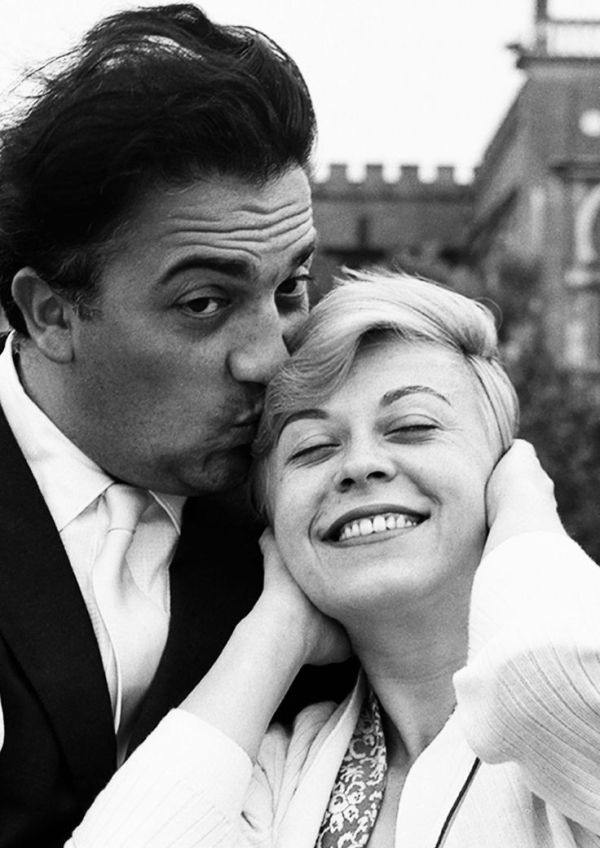 What should I watch next? La Strada? What are your thoughts about the Fellini and Masina partnership? What is your favorite Italian film?

Trivia from IMDb:   During the editing of this film, editor Leo Cattozzo developed the CIR self-perforating adhesive tape splicer (also known as “Costruzione Incollatrici Rapide”, “the Cattozzo”, Guillotine-, CIRO- or ARRI Splicer) which made him rich in the 1960s and for which he won an Academy Award in 1989.

35 thoughts on “Nights of Cabiria”