Last year, Martha was giddy to see us. We stopped in her room and gave her a present, a fuzzy cardigan, size small. Kathy, the activities director at the Haven Nursing Home, had organized the resident wish list, and my high school students who are club members of Interact Club (an affiliate of the Rotary) each year buys gifts for the long-term residents, and we delivered them today. Armand the 99 year-old French American wanted to kiss everyone. Fred ate his chocolate bar and clutched his new collared shirt. Joe thanked us for his ball cap and started crying. Mae the nun and former school teacher clapped and said, “I’m so surprised. None of my students ever went this far to give me a present!”  Vindication! As a teacher, I frequently hear how today’s youth are self-absorbed and passive. It’s not what I see. 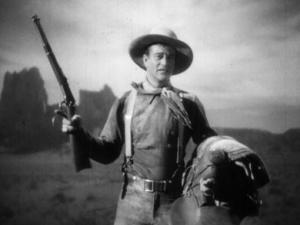 The first year I visited Martha in her room, Kathy warned me that Martha was a chatterbox. She was sharp and expressive. When I asked her what was her favorite experience, she confided that at fourteen, she was waiting tables at a diner out at the end of the valley close to where they were filming a John Wayne picture. Mr. Wayne sauntered in and filled up the place with his stature and reputation. Martha was his waitress. Young and pretty, he asked if she wanted to be an extra on the set. “Of course I said yes. Who would refuse?” Her eyes moistened at the memory and her smile was delicate. What fun she had had in the dust and sunshine as one of the townsfolk on the set. She couldn’t remember the name of the film, but that was irrelevant. She made certain I knew that Mr. Wayne was a gentleman and that day’s adventure was a highlight of her life. 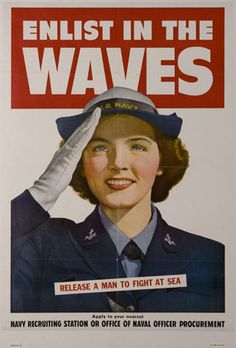 The second year I visited Martha, she was at her walker, her eyes bright with anticipation of bending my ear. She had never married or had children. I asked her what she had done to earn a living, and she told me she spent her career as a WAVE.  I’m a Navy Veteran, so we hugged each other as if we had been stationed together.

Today I visited Martha. She was lying in bed gazing at the walls of her room. Kathy leaned down to her ear and asked her if she was feeling okay. She murmured she was fine, but her sadness was palpable, and I had a hard time keeping a smile on my face. Our group gave her the fuzzy cardigan and she thanked us, hoarse.

I know next year when we visit her room, it will be empty. Of course this makes me sad, but I can’t help but feel I had been given a gift — she was the fuzzy cardigan. She had inspired me. Martha’s younger self is in my current novel about a girl who gets to play an extra on the set of a movie picture. She will become a WWII heroine in the third manuscript, if I get the chance to write it.  I can’t wait to research the WACs and WAVES.

Who’d of thought this little old lady had such adventures. She didn’t tell me how trying her life had been or expounded upon her pain or failures. She remembered John Wayne and her atypical career which gave her joy and satisfaction. I willed myself to stop crying, for it hurt to see her physical and mental decay. She learned to live life without her fears stopping her. How cool is that?