Heaven Knows, Mr. Allison(1957) is a fine, fluffy tale starring Deborah Kerr as Sister Angela, the pretty nun engaged to Christ and stranded alone on a South Pacific island during World War Two. With her expressive face and good sport attitude, she and U.S. Marine Corporal Allison, played by Robert Mitchum are a perfect pair. Directed by John Huston, interior and exterior shots are interesting to watch, such as when the Japanese take over the island, and Mr. Allison is hiding on top of a storage cabinet in the shadows. The camera angles are from Mr. Allison’s point of view and the audience hides along with him looking down waiting for a chance to escape. Externally, the air raid was well done. You can find more details and trivia about the film at TCM site found HERE 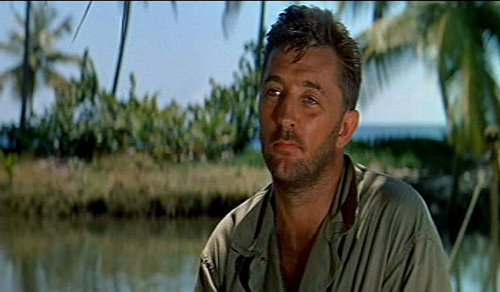 Sister Angela and Mr. Allison find a commonality by recognizing that their vocations are bound by rituals and devotion. Nuns seem to be a thing of the past, and I admire the strength of conviction of Sister Angela as she struggles with her feelings for Mr. Allison and her duty to Christ. Robert Mitchum is charming as the matter-of-fact Marine who succumbs to infatuation. He’s an orphaned boy in a man’s body, lonely and craving for someone to love. Their friendship and classy ending had me smiling for hours. John Huston captures the gorgeous coast line and island fauna of Tobago and Trinidad. Who cares that Mr. Allison had been drifting at sea for who-knows-how-long and arrives at the island with a perfect haircut that never grows throughout the film? The chemistry between Mitchum and Kerr created a feel-good classic for which Kerr was nominated for Best Actress and Huston for Best Adapted Screenplay from another medium. 4/5

1920s Australian shepherding family, Ida and Paddy Carmody in The Sundowners (1960). A strength of the film is the director Fred Zinnemann‘s capturing of movement, be it the nomadic family, the husbandry of sheep herding, horse racing, or the Australian countryside. It is a beautiful film. Once again, Deborah Kerr is nominated for a Best Actress award. 3.5/5 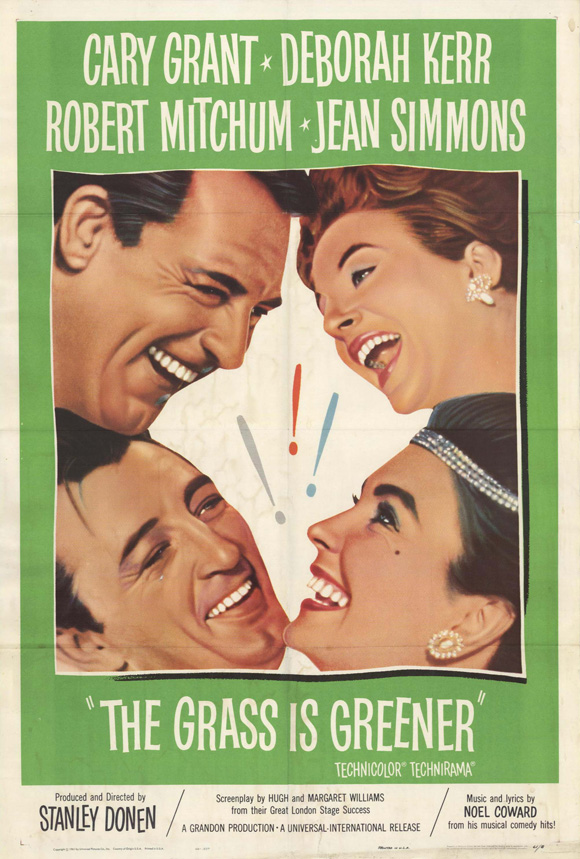 Mitchum and Kerr starred in three films together. Which one is your favorite? I have not seen The Grass is Greener (1960). Do you recommend it? Did you see their last television film from the 1980s, Reunion at Fairborough?