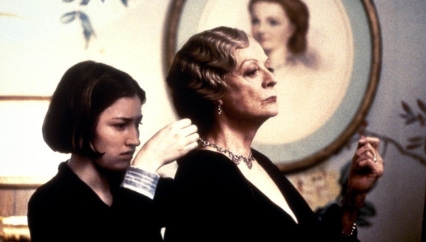 Annette Bening as Julia
WELCOME to the discussion this month as we feature three period films set in 1930s Britain. They share comedic elements, great costumes, and illustrate the economic relationship between the classes. Thanks to my friend Ruth at FLIXCHATTER, who agreed to co-host.

It seems that I have a fascination with the English class system and films/series about the upper crust world of nobility and their servants are in vogue again thanks to Downton Abbey. But perhaps there’s always an interest in such topic, as Upstairs/Downstairs series was popular in the 70s and remade again in 2010. Gosford Park is one of the most famous cinematic study of the class system in the 1930s, but with an Agatha Christie mystery thrown in. Julian Fellowes (the mastermind behind Downton Abbey) won an Oscar for Best Screenplay.
The cast alone makes it a MUST see for me, with the who’s who of British cinema: Maggie Smith, Helen Mirren, Kristin Scott Thomas, Derek Jacobi, Michael Gambon, Clive Owen, etc.  It seems that no English class system story is ever complete without Maggie Smith as what else, an upper class snob of course. 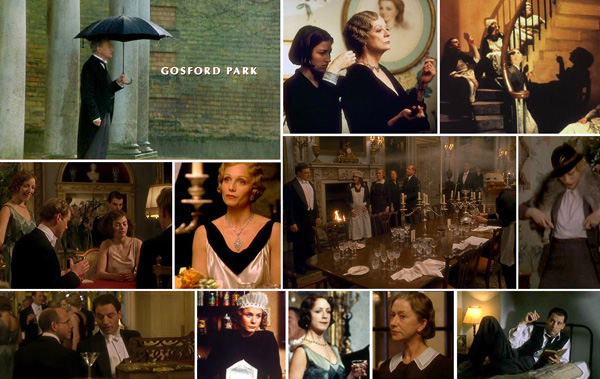 The first time I saw this film over a decade ago, all of the class system stuff went over my head. I only remembered the costumes and set pieces, but this time around I focused more in the story and the relationships of the characters. The film is more about the servant/master relationship than an actual plot, so the murder mystery is more of a red herring plot device in the story. Over the course of a weekend, we watch the interaction between the upper and servants class, there’s really no real protagonists or villains, just people across class dynamics. It’s as if we, the audience is eavesdropping on a weekend gathering, as the film drifts into one conversation to the next. The most interesting character is that of Robert Parks (Clive Owen) who holds a big secret and came to work at Gosford Park with a certain agenda.

As for Miss Pettigrew Lives For A Day, the film is focused on a pair of servant and employer, Miss Pettigrew (Frances McDormand) and Miss Lafosse (Amy Adams). The very thing that separate them, the wide financial gap and class structure between them, is what also brings them together. Miss Pettigrew ends up becoming Lafosse’s confidante and personal friend which gave her access into the exclusive and private world of high society. The romance involving the two main characters also stretch across class and financial hierarchy, as one of Lafosse’s suitors is a penniless pianist (Lee Pace) and Miss Pettigrew is drawn by a successful fashion designer who’s in a tumultuous relationship with a snobbish fashion maven.
Besides the class structure theme and that it takes place in a short period of time, what these two films have in common is the beautiful 30s costumes and the fun use of 30s music. It also has two gorgeous actors in English accent singing at the piano: Jeremy Northam in Gosford Park and Lee Pace in Miss Pettigrew Lives For A Day.

Being Julia:
Avice Crichton (Lucy Punch) is the ingénue whose ambitions to become a star has her hopping from bed to bed like a crowned piece on a checkerboard. Her sneeze scene during rehearsals is masterful. So, too, is the underrated Juliet Stevenson as Evie, Julia’s personal everything–maid, confidant, and bouncer. Sir Michael Gambon is the deceased mentor-director-tyrant who follows Julia around like a Shakespearean ghost. He is the voice of reason and provides the Oscar Wilde wit. Wiser than his parents, pensive Tom Sturridge plays the son Roger, and Jeremy Irons is the dull husband who manages Julia’s temper tantrums.
Being Julia feels like a revived version of All About Eve (1950) combined with the absurdity of a Billy Wilder comedy. It is filled within the shell of a play-within-a play and mounded with a meringue of stock characters and clichés.  You’d be tempted to write off the film and declare it a muddled mess. I suggest it’s a well-acted farce.

Roger to Julia: You have a performance for everybody. I don’t think you really exist.

Julia is the performer who never leaves the stage. Neither do many of the characters from the three films. Gosford Park, Miss Pettigrew Lives for a Day, and Being Julia represent women and men such as Henry Denton, the male ingénue in Gosford Park, or Tom Fennel from Being Julia who present a facade to their audience while hiding behind their insecurities or ambitions. Sex is their payment for protection or advancement.
What is important to performers like Delysia Lafosse (Amy Adams) is to maintain the semblance of Britishness. With Julia, her blue-collared background is a topic of gossip. Henry Denton is American practicing to be Scottish. Homeless Miss Pettigrew pretends to be a social secretary. The theme of appearance verses reality creates comical ironies via bad accents or class jumping. The luscious costumes worn in the three films function as armors of deceit and shape their personas. These characters bumbling through their deceptions are entertaining to watch. The annoying voices and melodramatic posing given by Annette Bening and Amy Adams are necessary. Playing foils, Frances McDormand and Kelly MacDonald give breath to their characters; they offer the normality to sustain the plot and provide comedic contrasts.
Since a misstep of impropriety had adverse economic effects, such as the situation Elsie (Emily Watson) discovered in Gosford Park when she spoke out of turn as a servant, with a culture devoted to behaving well or else, who didn’t wear a mask to hide their true selves? How ironic then, that sex, a most indelicate act for a non-married woman in the 1930s, for ingénues like Delysia Lafosse  or Avice Crichton, sex is a way to ensure power and economic freedom. For Julia, who attained stardom, she clings to her position and knows her desirability is the key to her success. For a young man like Tom Fennel (Shaun Evans) to desire her sexually, sex affirms Julia’s sense of identity. It might also explain why snobby Constance Trentham (Maggie Smith), sitting at the top of the British social class, finds actors and the entertainment industry disreputable. Of course, Constance is acting, too, for she is broke and her lifestyle is in peril. She’s too old to confirm her position by sexual means; she must rely on the compassion of her brother who administers her allowance. Begging in fur and jewels. Irony, indeed.
Sex plays a large role in the three films–what are your thoughts on it?  Which of the three films did you like the most?  Do you see any interesting revelations about culture? What do you think of the functionality of costumes or how contrasts and irony create wit? 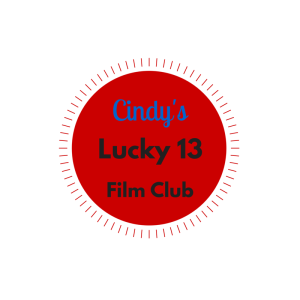