Zane Grey (1872-1939). Known as the father of the Western novel, his prolific career included 64 books and several magazine articles. 130 films are credited from his books.

Check out the Zane Grey’s West Society for fascinating articles and facts about him. In his stories, Grey described the grandeur of the South West that evoked a desire to visit and a need to protect the vanishing frontier. His heroes were flawed and troubled. He honored the Native American instead of portraying him as a savage. His women were virtuous, strong, and spellbinding. The violence and action of the gun fight were secondary to the enchanted topography Grey conveyed with love. His popular novels contributed to the collective consciousness of the myth of the West well into the 20th century. Silent films capitalized on Grey’s novels. Of the 130 films adapted from Grey’s books; a third of the filming locations occurred in Arizona.

The Western genre in film originates with Zane Grey. His influence spilled into radio shows and television. His film adaptations provided the impetus for many careers including: Shirley Temple, John Wayne, Tom Mix, Randolph Scott, and Alan Ladd. Probably the most famous novel by Zane Grey is Riders of the Purple Sage. Do you have a favorite? 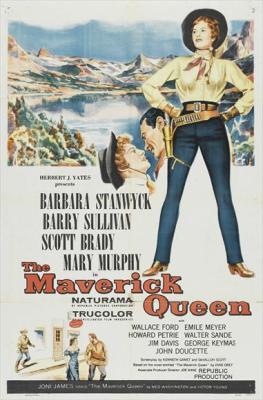 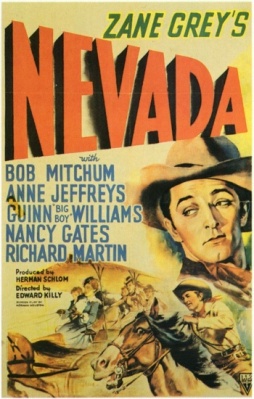 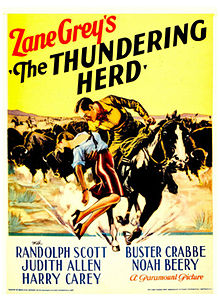 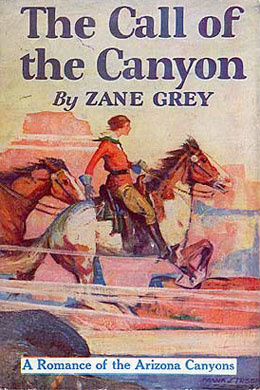 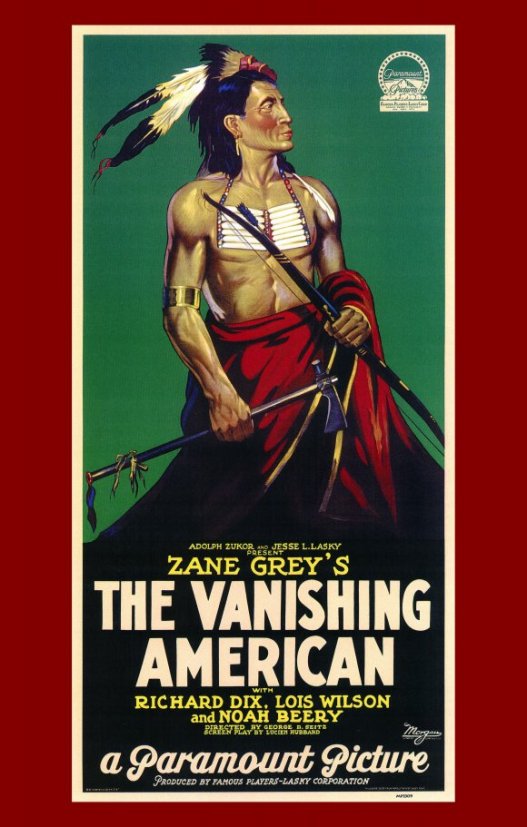 I have been scanning silent films trying to find the perfect late 1920s film to thread the theme of the cinema in “Inside the Gold-Plated Pistol”. I’ve decided on the 1925 William K. Howard lost film, The Thundering Herd.

Besides Jack Holt, Lois Wilson, Noah Beery, Sr., and Raymond Hatton,  it’s Gary Cooper’s first appearance in film. The Thundering Herd is about a trader who uncovers a scheme to blame the Indians for a Buffalo massacre. Director William Howard remakes the film again in 1933 and stars Randolph Scott.

Zane Grey’s influence abounds in far-reaching ways. While synonymous with the arid, desert landscape, his passion is for deep-sea fishing. He owned patents on fishing lures and held eleven world records in deep-sea fishing. His letters to friend Ernest Hemingway links Grey’s attempts to conquer the Marlin to Hemingway’s inspiration for The Old Man and the Sea.  Zane Grey is alive today when citizens attend schools, subdivisions, and roads named after him.

I watched an old episode of M*A*S*H the other afternoon and Colonel Potter was eagerly trying to finish his latest Zane Grey novel about a noble cowboy and his relationships with nature, Indians, and a saucy female protagonist.  Zane Grey loved the Mogollon Rim by Payson, Arizona. I’ve camped there and I understand its appeal. I’m looking forward to a weekend getaway to the Eastern section of the Rim in a couple weeks. I can’t think of a better site to work on the novel.