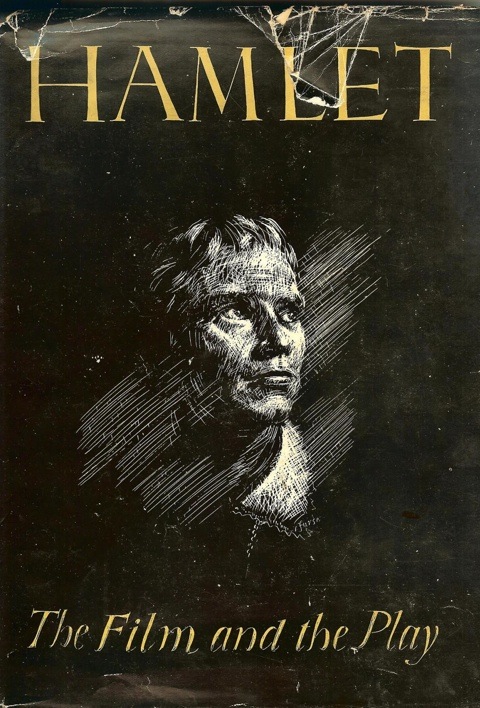 It’s Friday the 13th. You all are my lucky charms. Welcome back to this month’s rendition of the Lucky 13 Film Club. I have been thinking about plays which were adapted to film. Ever wonder why what works on the stage somehow gets lost in translation on the screen? Why do some films feel like a play but never were? Whether a satire or silly or serious, a successful adaptation from the stage to the screen is not easy. Why? Let us focus our discussion on plays and NOT MUSICALS.

Thinking beyond a list of favorites, who are your favorite characters? Often I am so-so about the film adaptation as a whole, but an actor’s delivery or a line by the author has been tattooed on my heart. What are some of your lasting impressions?

When Rev. Hale tries to atone for the death warrants he has assigned in Arthur Miller’s The Crucible, he begs Elizabeth Proctor to persuade her husband John to confess to witchcraft in order to save his life.

For the principle of honesty, she answers, “I believe that be the Devil’s argument.”  I see and hear actress Joan Allen say this on the Cape Cod shore in the 1996 film version. When situations arise in my life where I hear people bend and rationalize the truth including interior dialogues with myself–should I or not? I hear Goody Proctor’s voice.

The Night of the Iguana by Tennessee Williams is an enjoyable 1964 film in all regards. Richard Burton gives an energetic performance especially when he’s sweating it out wrapped up and trapped in the hammock.

T. Lawrence Shannon: I thought you were sexless. But you’ve just become a woman. And do you know how I know that? Because you like me tied up! All women, whether they wish to admit or not, would like to get men into a tied-up situation.

Is there truth in his statement? Hmmm. The gender relations in the 1960s. The dynamic between a mother and son. A husband and wife. The femme fatale and her victim. What intrigues me about the comment is that Hannah Jelkes (Deborah Kerr) is “good” and “cerebral” thus lacking the qualities that make her female. To be sexless also means she lacks the qualities that make her male. How interesting to be neither sex. She abstains from the hypocrisies and degradation of both sexes and becomes the Buddha in the film whether she likes it or not. 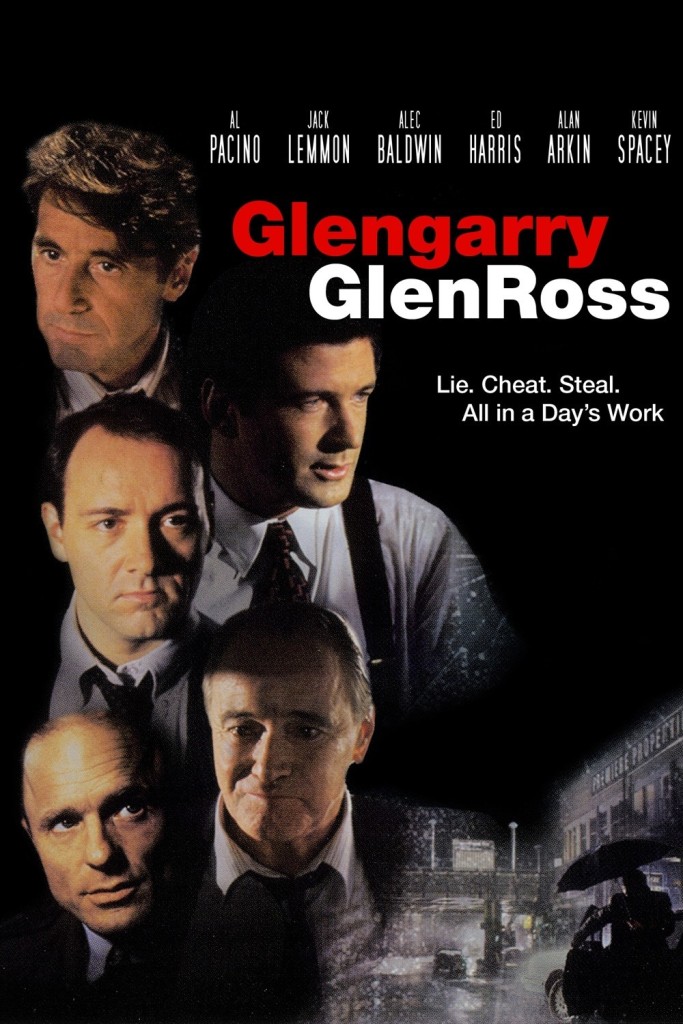 David Mamut‘s play/film Glengarry Glen Ross (1992) scorched with an excellent script and meaty acting from the entire cast.  Alec Baldwin played the worst boss imaginable and typecasts himself for twenty more films in his future. Anyway, Shelley Levene (Jack Lemmon) was exceptional. The scene that stuck was the one where he was battered and worn by his colleagues and Blake, and then, with a snap of a finger, he got on that phone to made a sale like his life depended on it. His demeanor changed from weak to aggressive remarkably. I was wowed by Lemmon’s performance and truly felt horrible for Shelley and his outcome. Here’s more on Jack Lemmon found HERE.

Al Pacino as Shylock in Shakespeare’s The Merchant of Venice (2004) made me smile. It is my second favorite play by Shakespeare and the film version directed by Michael Radford was entertaining and visually interesting due in part to the cast: Jeremy Irons, Joseph Fiennes, and Lynn Collins. The Act III, scene I monologue by Shylock rouses indignation, and I see Shylock in a whole new light.

My ultimate favorite line is Blanch DuBois when she pitifully says, “I’ve always depended on the kindness of strangers.” Poor Blanche. When her beauty faded, so did her options. Loss of hope and desperation makes for desperate decisions. Haven’t we all been there at some point in our lives? Is Williams suggesting there’s a bit of Blanche in all women? Trying to exist with the cards stacked against us, encouraged by men to use whatever charms for their enjoyment while simultaneously condemned for using them? Smarts and ingenuity were not readily accepted by society prior to roughly 1980.  We’ve come a long way, baby. Right?

Plays bring up issues that are fun to think about and discuss. I’ll list some plays to jar your memory. What character or line sticks with you?