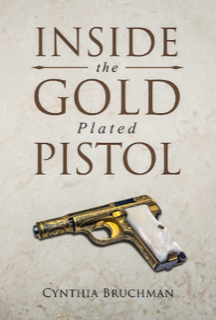 He reached for the hand that was not there with an ache to grab his thumb, trace the outline of his fingers, or scrape off a lengthy fingernail. In his mind, he made a fist and punched the face of the dead soldier with the feminine features. Out of the shadows, the sun poured into the cabin car and George Hero squinted out the window as the train arrived at the Berlin station. The information board clicked the date: March 12, 1922. 13:00. The steam escaped from the train with a whoosh, and the iron wheels groaned to a halt.  Dimly, it occurred to George that he had been roaming without forethought for two years since his discharge. He was reluctant to return to his parents in Chicago because he discovered many widowed women in France were attracted to him. With his pitiful command of French and their few words of English, it was easier to communicate with smiles and sympathetic fingers. Especially if she had children. They looked up at the stump at his right wrist, and their eyes filled with curiosity and disgust. He wrapped the hot wound with clean bandages during the day and massaged the stretched, shiny skin at night.

The ghastly stitching on the end of his wrist mirrored his thoughts, and his indignation boiled for the skittish private who had misfired. During his week stay in the Army field hospital at St. Mihiel, George mocked him by calling him Private Cox, digressing with his pun by imagining daily ways of amputating the private’s genitalia. He chopped, burned, shot, squeezed, and sawed-off his manhood.  What am I to do with one hand?

At the Liberty Theatre in Jerome, Arizona, Sally counted twenty-five faceless heads in the dimmed house. The seats rose steeply, each row able to hold a dozen, the house able to hold a hundred comfortably. Upstage, two Kliegl lamps lit the back screen blue. In the wing, she locked arms with her dance troupe, the Copper Cuties, while Leo tapped the piano keys to the song, “Ain’t She Sweet,” and his long thighs bounced along with the introduction. Sally nudged her four dance partners onto the stage on the third beat of the reprise. The yellow tutus rustled and their black-hosed legs crossed and kicked. This was the first performance of the new routine she had choreographed inspired by a recent article in McCall’s magazine. She had read the article seven times and stared at the pictures of the kicking squad of precision dancers, a line of long-legged symmetry, chins up, poised. They were called the Rockettes and were growing so popular, the article claimed, they were taking their show to New York City. The ache to be in the front row to see them kick, to hear their tap shoes click-clack on the stage, and to listen to an orchestra play, Oh! her heart ached. She thought she might break down and ask her mother to pay for a ticket to see them. She refrained. Her mother would interpret the request as a sign of reconciliation and would want to travel with her. The two-hour show would be heaven but not worth journeying across the country in a train to Chicago to reunite with her mother, and as a pair, travel in a private car to New York. She’d be trapped and forced to endure the kaleidoscope expressions of Connie Vandenberg’s face when first would come the tears, then the tantrum, followed by the threats, and finally, the sullen dismissal that told Sally to “Go to hell.” Yes, Sally decided, better to imagine the show and skip that train ride.
Sally listened to the tap of shoes in sync to the melody of “Ain’t She Sweet.” She had squealed anytime she heard it on the radio and gave Leo the money to obtain the sheet music to Ben Bernie’s new song and then forced Leo to play it repeatedly until she memorized the lyrics. The ensemble from Jerome agreed to her idea they would imitate the Rockettes. Sally bartered yellow netting and cheap silk fabric from Mr. Sang in exchange for a pair of opal earrings, a gift from her mother as an apology two years ago. The Chinese tailor and his son turned the material into five costumes. When the Copper Cuties put them on, Sally realized they looked like bumble-bees. Shit.

Mrs. Weese taught her how to change without exposing herself. Nacktheit ist eine Sünde. Kay alternated between three smocks and a nightgown, ever mindful to hide her body because nakedness was a sin. In her room at the washbasin, Kay sponge-cleaned her body daily, and at the yard pump, she washed her hair once a week.

The Weeses were dead. It disturbed Kay that she did not have feelings about that. She thought about her first meeting with Sally and warmed with a smile. Here was a girl around her own age who was full of feelings. Sally was the sun, warm and demanding while Kay felt like a tree lizard, bland and invisible. Sally was also the monsoon rain promising life with her explosive energy, ready to seal the cracked earth and force the desert flowers to open and stretch. Sally did not look at her like she was tall and ugly. Whatever thoughts she had for the Weeses were pushed back for the greedy need to stand in the sun and drink the rain.

Maybe she followed Sally because of the gold-plated pistol. Kay had decided on the way up to Jerome to withhold the antique dueling pistol for herself.  Fanciful inlaying like dark vines wrapped around the cylinder and the grip and was nothing like the drab muzzleloading shotgun at the Weese farm. Kay imagined a gentleman had it created for an aristocrat or somebody important. She intended to slip it back into the bag that contained the other items Jonathan Vandenberg wanted her to give to Sally, but Kay hid it in her own bag just for safekeeping. She didn’t know who Sally was and what if Sally’s bag was stolen by those who had shot her father? Setze nicht alles auf eine Karte.  How many times had she heard the Weese’s advice never to keep your eggs in one basket?

Set in 1928 in Arizona and California, Bruchman’s incredible latest tells the story of two young women trying to realize their dreams. A gold-plated pistol with a dreadful history that once belonged to an iconic director brings three unlikely people together and changes their lives forever: a privileged young woman dreaming of becoming a movie star, a young Hopi woman trying to find her place in the world, and a veteran of WWI struggling to come to terms with the horrors of the war. Bruchman fictionalizes the lives of her characters, throwing them in actual historic situations and events as iconic historical figures of the showbiz such as Jack Holt, Fritz Lang, Gary Cooper, Zane Grey make their entries. She intertwines the dense emotional quotient of the story with the showbiz glitz of the silent movie era of early 20th century: the filming of a Fritz Lang’s German-Expressionist movie in the decadence of post-war Berlin, a Zane Grey western shoot in Arizona, Sally’s performance with her dance troupe, Copper Cuties, in the mining town of Jerome. Bruchman delves deeper into the lives of her characters’ stories, exploring their hopes, their longings, their fears, and the desperations that drive them. Kay wears her oddity like a jewel. Her journey — from traveling in tatters to deliver Sally’s possessions to a self-assured member of a flying crew — is illustrated with understanding and insight. George’s story is as aching as it is heartwarming. The intrigue abounds in this fascinating novel, which touches the heart while illuminating the ever-changing human dreams. – The Prairies Book Review