In 1944, Alfred Hitchcock’s Lifeboat was a commercial failure due to controversies of the material which led to limited release and publicity. It recouped its financial losses with respect. It was nominated at the Oscars for Best Cinematography, Best Original Story and Best Director. 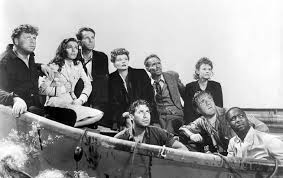 Like Rope, Rear Window, Dial M for Murder, Lifeboat was one of Alfred Hitchcock’s films with a limited setting—the entire film takes place in a boat. He puts nine survivors in a lifeboat and manages to create pockets of space for intimate conservation. 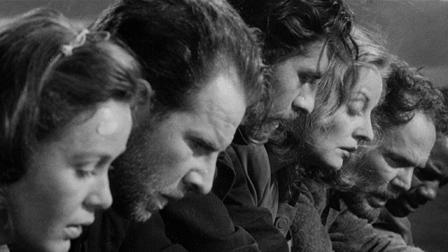 He positions and stages his characters like a painting and incorporates the light in the sky or the water flung aboard during a storm to create mood. This is a black and white film that has lots of depth.  One of my favorite shots by Hitchcock occurs when journalist Connie Porter (Tallulah Bankhead) frames Kovak  (John Hodiak) in her camera sights as he swims toward the ship. Hitchcock makes his traditional appearance in the film as an advertisement on the cover of a newspaper.  Very clever. 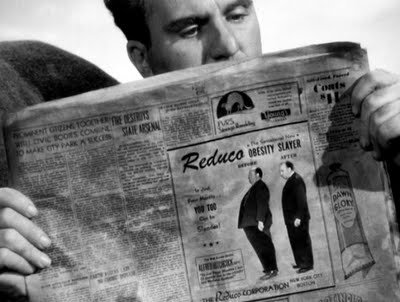 The film is unique because it does not have a music score. The lapping of the waves during the 96 minutes of the narrative adds to the anxiety of the survivors of a torpedoed ship during WWII. Aboard the lifeboat are the Allies represented by different characters.  When a survivor comes aboard and they discover it is the German captain of the ship which torpedoed and sank their ship, the over-arching question arises—what  shall we do with him?

It doesn’t help that the German captain saves a life aboard and is the most qualified to lead the lifeboat to safety.  Should the Allies trust the German? Hitchcock’s “gray” portrayal of the enemy created criticism for which he responded he always created his villains with some likeable quality to make it harder for the protagonist to overcome his adversary.  All humans, after all, have redeeming qualities. 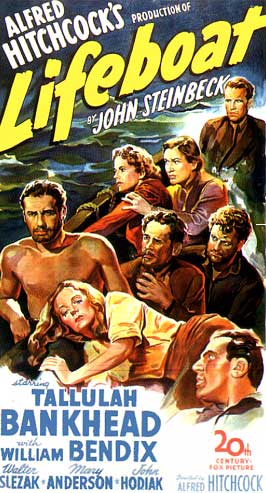 I was surprised how easy it was to get swept away with the dialogue. It had the feel of a play to it. Based on a novella written by John Steinbeck, who sold the rights to Hitchcock, after its release with the favorable portrayal of the German captain, Steinbeck requested dissociation with the film.

The acting is fantastic. The mini-stories of the survivors help keep your interest. There were interesting plot twists and surprises throughout the film to keep you inside the lifeboat and be glad you were there.

I loved it; I recommend this an underrated Hitchcock classic.