DID YOU NOTICE THE SIMILARITIES BETWEEN THESE HYPED, EPIC STORIES?

*They are both too long. Once Upon a Time in Hollywood runs at 2 hours and 40 minutes whereas The Irishman runs even longer at three and a half hours. Both stories could have shaved at least a half an hour and retained the essence of the story.

*They both feature iconic directors at the ends of their career doing their respective genres with all their signature marks. Cashing in on what made them famous? Give the audience what they want? Both directors are passionate about making violent films with antiheroes who gain our sympathy. Both directors have fans who worship them. Scorsese and Tarantino are boys who never stopped playing Cowboys and Indians and G.I. Joe. Their films are about who has the power, and how does he hold on to it? Nothing new in that storyline. There’s a testosterone need to see power executed on the screen with blood splatters and firebombs and Kung Fu fighting. A raucous way to combat the boredom of ordinary life. Scorsese and Tarantino fill an escapist need. How did you feel they handled their stories behind the camera? I liked Scorsese’s break to the long shot to show the environment of his characters. I liked Tarantino’s shot behind the driver’s head so you felt like you were along for the ride in the back seat of the car.

Both films rely heavily upon conversation scenes that show how normal the players are when the characters are anything but typical guys; mobsters and movie stars are real people, too. Whatever it is they are bitching about, when their gripe resonates with us, we become empathetic. Which conversation scene worked for you? Mine was Al Pacino as Hoffa when he went to Florida to meet Joe Gallo who shows up fifteen minutes late in shorts.

Both films rely heavily upon cameos of people in the industry that come and go without much importance. The reasoning behind this is they are the pepper flakes in the pot of soup that defines the culture. I wish that Harvey Keitel had had more lines, too.

These are Dick Flicks. Both films are about male interactions. Women are virtually non-existent, and when they do appear, they pose. They are there to amplify the historical climate with their costumes and hairstyles; they are subservient dolls and sexual objects. The wives and daughters in The Irishman and Precious Pussy and Sharon Tate in Once Upon a Time in Hollywood come to mind. In The Irishman, there’s a scene when a remorseful Frank tries to understand what when wrong with the relationship between his four daughters. Peggy, his favorite, has disowned him. The other daughter says, “You don’t understand how hard it was for us, do you?” Nope. We have no idea how hard it was because they never had screen time, only glaring looks from Peggy as a girl when Frank breaks the hand of a grocer who nudged her in the store. Anna Paquin‘s role was a waste.

As a woman, I’m not offended. It’s a story about men and their observations from a historical era of the past. It’s perfect, really. It does show how women were viewed. That’s precisely why the “Me, too” movement” came about. To ask Tarantino and Scorsese to give a chick a meaty role defeats their intention. Which is —

Both directors wanted to show a male culture, the relationships between males in their historical era. This is a story about Frank and Cliff who are cleaner fish, who depend and defend their masters. Women weren’t essential to their beings. Their jobs as a stuntman and hitman necessitated a symbiotic relationship with other men to validate their appeal and power. I accept that. It is similar to the movie The Help. That story was about the relationship between females in the 1950-60s. The class struggle between white women and their black hired help who raise the babies but their livelihood depends upon the tight-rope walk between the chemistry of women. The men in the film were weak and virtually non-existent. I accept that. Women and men had definite boundaries in history. Gender spheres have always been the norm until recently. Now it’s a blended, androgynous society. I’m not convinced it’s better.

Both stories don’t have a plot. Characters are placed in situations and asked to problem solve. The solution is murder.

Both directors infuse music to establish the time and mood; music becomes a bit character in the movie. There’s rarely a scene in both films where the music doesn’t play, such as an accompaniment to a murder, a live performance at Frank’s retirement party,  or Cliff Booth’s car radio. The auditory image triggers the past of those who lived during the time. Popular music helps younger audiences associate the era with the characters. Music binds the multi-generations in a way that a set design can’t penetrate. Both directors are keenly aware of this and use it to the point of distraction.

Both films contain the dream cast of icons with the star power of three generations. I had a sugar rush from so much eye candy. The emotional love between the audience and the star fills the audience with the notion that “this is the movie of the year.” Haven’t you predicted these two films and their stars will be nominated for top awards? Wasn’t Al Pacino great as Hoffa? Who would have expected Joe Pesci to be outstanding, ascending past the acting of Robert DeNiro? You love to hate Leonardo DiCaprio, but his portrayal of the insecure Rick Dalton was brilliant.

Brad and Bobbie similarity:  The story follows the characters of Cliff Booth (Brad Pitt) and Frank Sheeran (Robert DeNiro). These are the two principal characters who support and are defined by the Alpha Dog they protect. Yet, Pitt and DeNiro’s acting was surpassed by others.

Both films are obsessed with paying attention to the details that recreate a time in history with mastery and great love. For both directors, their highest achievement was their attention to the details that created the historical climate. For Tarantino, the nostalgic drive around L.A. was authentic, and we time-traveled back to the streets of 1969. For Scorsese, his epic spanned decades; his sets and film locations were real places, too, and his recreation of the 50s, 60s, and 70s were perfect. Congratulations to both. It made me hang in there as the hours went by.

Which epic was better? Which one would you watch more than once? 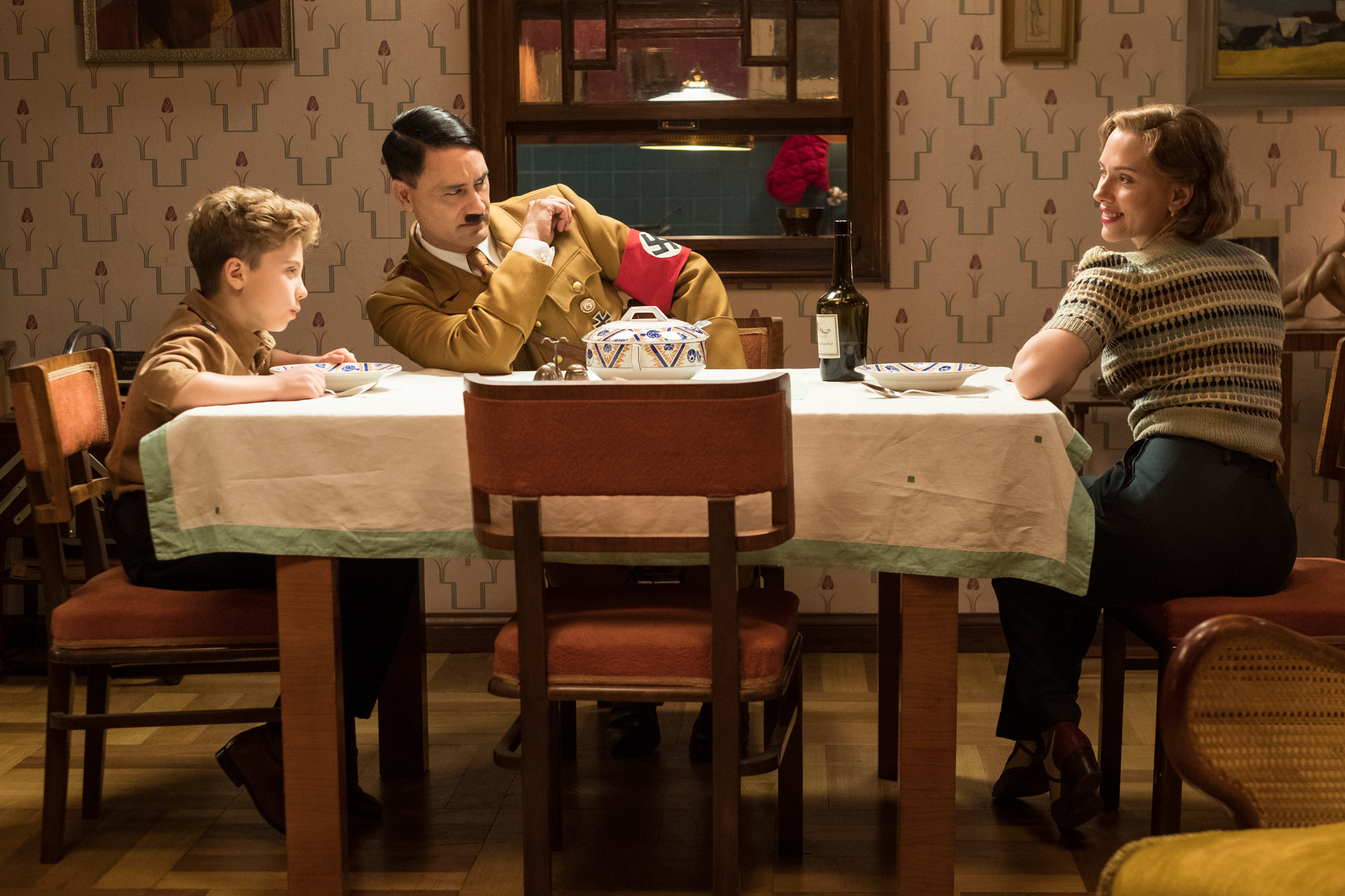 The Friends of Eddie Coyle(1973) in all its bleakness showcases Robert Mitchum as a petty Boston criminal who sells firearms to the mob and becomes a pawn as an informer for the Alcohol, Tobacco, Firearms and Explosives (ATF) official, Dave Foley (Richard Jordan). Mitchum is believable as the tired crook surrounded by winter’s dead trees, gray buildings, and slimy characters. Actor Peter Boyle gives the performance of his career as the hit man assigned to bump off Eddie Coyle. Suspense builds at the Boston Bruins hockey arena; the live footage of Bobby Orr and the violence on the ice reflects the cold game unfolding in the stands.

This 1970s crime drama is nothing like Scorsese’s crime drama, The Departed.  There’s no zippy music in the background. No violet shirts or leopard robes worn by an eccentric boss. You’ll visit no classy neighborhoods or experience melodrama in The Friends of Eddie Coyle. This is a gritty world of hit-men, suppliers, and fickle officers of the law. In this dog-eat-dog world, train stations and bowling alley parking lots are the arenas where victims are as valued as a mucus stained handkerchief. 4/5.

Do you prefer the realism here or Scorsese’s colorful, pretty world in The Departed?