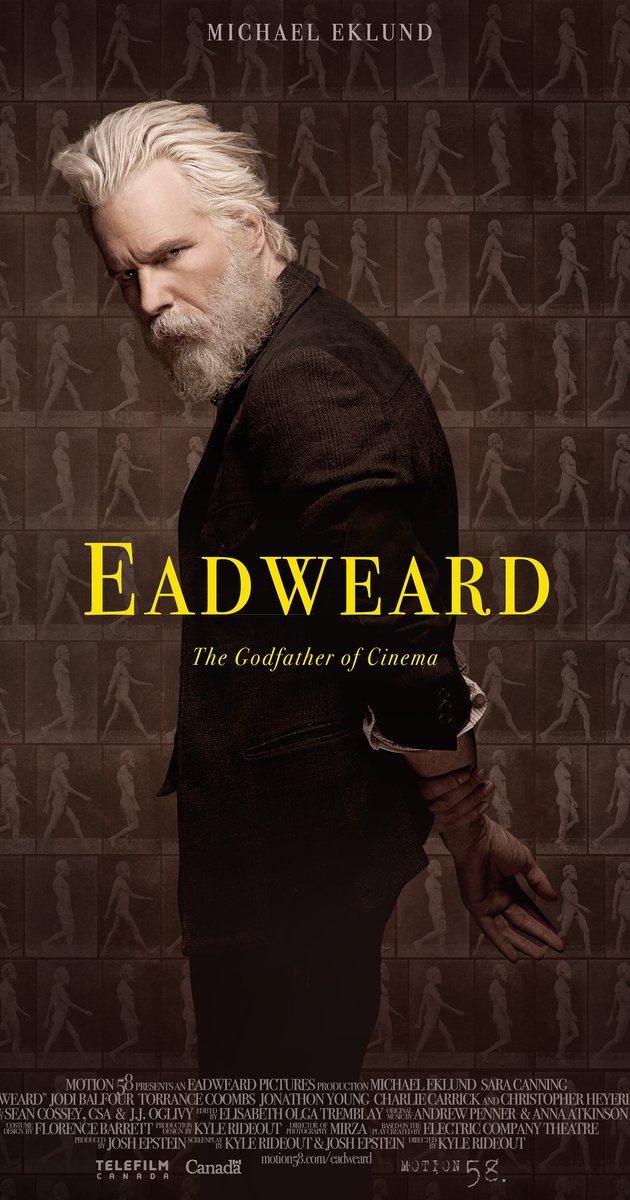 Canadian actor Michael Eklund (The Call) gives an outstanding performance as bizarre Gilded Age photographer, Eadweard Muybridge. Featured last weekend at the Jerome Film Festival, I discovered an Indie pearl; it was a sensual and visually stunning film directed and co-written by neophyte Kyle Rideout with strong cinematography by Tony Mirza, and a solid supporting acting ensemble including Sara Canning as Muybridge’s wife. The focus is Muybridge and how he comes to see the world and his attempts to capture movement. The naked body fascinated him as a subject of motion. His contraptions for capturing freeze-frame imaging are ingenious. His methods were unorthodox, and his passionate, strange personality alienated the conventional world. His notoriety comes from murdering his wife’s lover. Whether Eadweard is found guilty or innocent of justifiable homicide, I’ll leave for you to find out. The haunting last shot is one of the best closings I’ve seen in ages. 7/10

Last summer, I read Edward Ball’s The Inventor and the Tycoon(2013). The nonfiction account chronicled the unlikely relationship between railroad entrepreneur Leland Stanford, Muybridge, and Thomas Edison who refused to collaborate with Muybridge who suggested they combine Edison’s phonograph with Muybridge’s invention of the projector. Muybridge was the first man to use celluloid in motion pictures. His invention of the zoopraxicscope, a prototype projector was revolutionary. Edison will steal Eadweard’s process, update his projector, and show it at the 1893 World’s Fair competing with Muybridge’s outdated zoopraxicscope. It will make Edison more famous and secure the patent while Eadweard Muybridge will become forgotten. 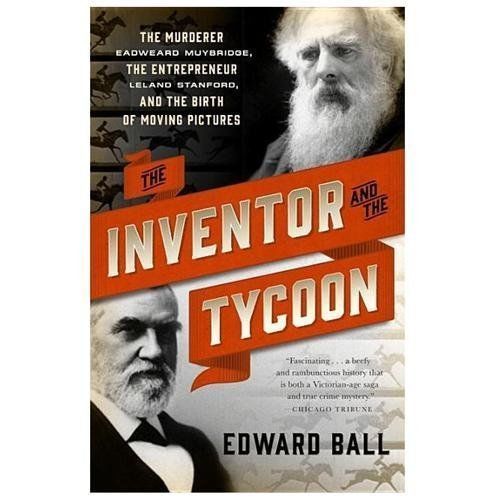 Check out The New York Times article from January 2013 by Candice Millard for an interesting full review of The Inventor and the Tycoon.

An excellent way to learn about Eadweard Muybridge and his weird world is by watching the BBC hour-long documentary.

Eadweard Muybridge was foremost a photographer and considered by most as the “forefather of the cinema”. How freeze-frame photography and how motion pictures began is as interesting to me as the version we know today.

Have you read the book, seen the film, or watched the documentary? I recommend all three.