Winter has come and gone, so I say Adieu to this year’s focus, Richard Burton.

I finished the entertaining biography, Furious Love, by Sam Kashner & Nancy Schoenberger. Diving into his private journals, letters and exploring artifacts and associations, they created an in-depth portrayal of Richard Burton and honored him as a legendary stage and screen actor. When Elizabeth Taylor entered his life, their scandals and private life were broadcasted around the world. Critics and adoring fans couldn’t get enough of them. They lived in hotels, on their yacht, or beach home in Puerto Vallarta. They shared their children, their pets, and their money with family members and a huge entourage of help who followed them under the constant pop and crackle of the lights of the paparazzi.

Such conspicuous wealth enflamed their critics and created an intoxicating fairy tale story that allured and raised curiosity. According to his letters, Burton was proud of his rags to riches story. “Not bad for the son of a Welch miner!” when confronted with reports of yearly expenditures and costs to cover their flamboyant lifestyle. I think most of us would prefer to be wealthy to the alternative. To live in their shoes would be a dream come true, right? Celebrity stories are frequently repetitive. Scandal. Tragedy. Abuse. Highs and lows. Death. In the end, are you surprised to know that Richard and Elizabeth were human beings whose insecurities frequently got the better of them?

After watching many Richard Burton films, what did I discover? Well, he’s not my favorite movie star. Forget about several of his films, I say. It was his stage performances that were meaningful.  The best films he ever did were play adaptations. Maybe you knew that all along. For me, it was fun to find out.

Burton received many awards and nominations for his acting in movies, Broadway and television. He received two Golden Globes for his movies My Cousin Rachel and Equus. He received a BAFTA for Who’s Afraid of Virginia Woolf.

He received two Tony Awards. One for the musical Camelot and a life time Special Award in 1976. He was also the winner of a Grammy Award for The Little Prince in the category of Best Children’s Recording.

His 1977 performance in Equus as Dr. Dysart is the last great performance.

In the film 1984 based on George Orwell’s dystopian novel, Richard Burton seemed wooden. In fact, I learned a botched neck surgery forbade the use of his arms. I revisited the film and conceded the contrast of the cold torturer O’Brien to Winston Smith (John Hurt) was fitting. John Hurt’s emotional performance was breathtaking. So, too, was Suzanna Hamilton playing Julia. Seeing the film today is as relevant as when the 1949 novel was published and the film released in 1984.

Burton died of an aneurysm a few months after filming when he reportedly spent time with John Hurt at Burton’s Switzerland home. The two went into the village to drink at a bar and Burton got into a skirmish and was pushed. He fell and hit his head. The next day he complained of a massive headache and his wife Sally Burton took him to the hospital. He died on August 4, 1984, of a massive cerebral hemorrhage. He was 58 years old.

I believe Richard Burton had a God-given voice and a fascinating personality.

After watching a few burps (The Sandpiper, The VIPs, Dr. Faustus), Richard Burton’s acting was never finer than in Albert Albee‘s vicious play set to the screen. It was Mike Nichol‘s directorial debut. Who’s Afraid of Virginia Woolf? (1966) received 13 Academy nominations. Although Richard Burton lost to Paul Scofield in A Man for All Seasons, Elizabeth Taylor won her second Best Actress award (BUtterfield 8 was her first)  and Sandy Dennis won the Oscar for Best Supporting Actress. Other winners included Haskell Wexler‘s cinematography, Irene Sharaff’s costumes, and Richard Sylbert and George James Hopkins‘ art direction. Richard Burton did receive the British Academy Award for his performance of George, the emasculated history professor who rises to the surface to sting his brass and bawdy wife, Martha.

From the sing-song chant of the title, one understands this is a play about games. An all-night party turns carnal as the young academic couple, Nick and Honey (George Segal and Sandy Dennis) fall prey to the daughter of the college president, Martha (Elizabeth Taylor) and her husband George (Richard Burton). The hosts have a lustful appetite for ripping and shredding the mental and emotional selves of their guests and themselves.

The young couple could very well be the future George and Martha. They watch with morbid curiosity. Illusions mask reality. Invention and the dubbing force of alcohol is the playground where George and Martha escape from their trapped lives. George’s dreams of creative authorship are denied by “Daddy”, the president of the college. Martha’s dream of livin’ la vida loca outside the boundaries of the conservative college and her boring husband is denied. Unable to conceive, she punishes herself and her countenance is as sour as her soul. So used to playing corrosive games to spice up their lives, they become dependent upon them and disintegrate.

When George speaks Latin like a priest presiding over the death of their invented son, Martha wails. Under the harsh light of dawn and stripped of their games, will Martha and George survive? The audience is left to speculate without much hope that they will.  “Martha and George,” she chants earlier in the play. “Sad, sad, sad.” Burton and Taylor are a tour de force. It’s exhausting. 4.5/5.

This is one of my favorite scenes. Burton shows the complexity of frustration and rage. 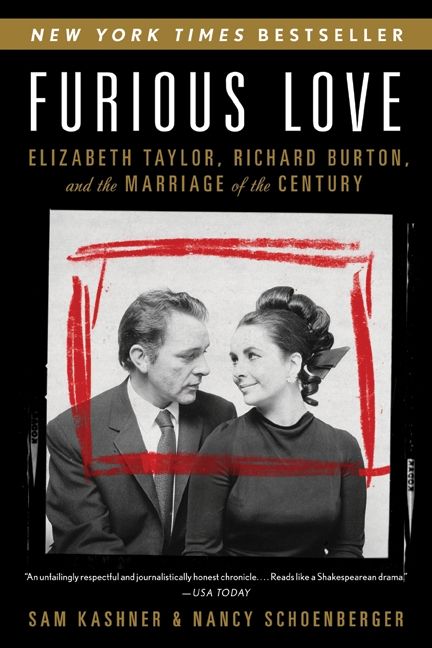 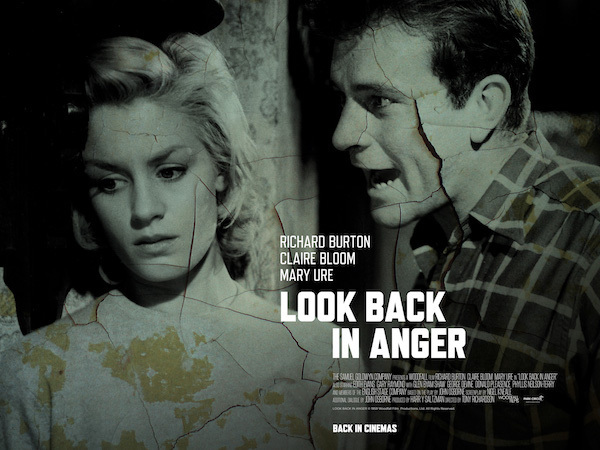