Welcome back to the Lucky 13 Film Club. Traditionally, a co-host joins me, and we approach a topic of the film industry and talk to visitors all day on the thirteenth of the month. It’s great to hear from one and all, so add to the conversation. Would you like to lead a discussion you are passionate about? Let’s figure out a topic together and select a month that works for you. It’s easy and fun. Email me with your idea:  cbruchman@yahoo.com.

For the last four years, I’ve been reintroduced to animation after a twenty-odd year hiatus. That was the time frame from when my kids were too old to watch animated films to when it took them to have kids of their own. Then I became a grandmother and started revisiting old favorites like Pinocchio (1940) and The Jungle Book (1967) and tried to catch up on the newer ones like the Toy Story set or Shrek. In fact, I watch more animated films than I do adult films these days. For example, I know every line in Frozen and Moana and Trolls is fast approaching the how-many-times-can-one-possibly-watch-a-film?

I’d like to introduce to you my co-host, Milly, who is the orchestrator of entertainment when we are together. While her articulation skills are developing, she has definite opinions about animation in films.

Grandma, Walt Disney cartoon movies are musicals and I like to sing. How can I sing the songs to you in the car if I don’t watch them over and over? They make me happy and you are my best friend like Pumba and Timon when they sing “Hakuna Matata”. I am Elsa because I wear my Elsa dress all day long. For two years and counting. I have magical powers. For example, I can sing all the words of “Your Welcome” in Moana. Not bad for a four-year-old girl. All the songs in Trolls are fun to dance in my socks. But Bridget the scullery maid cries because she loves King Gristle and he doesn’t love her yet, so not that one. Grandma, I know you would rather watch other cartoon movies, but they don’t have much singing. And you cry at the sad parts. I don’t like to see you cry, so let’s watch the ones I want. Over and Over. I will love them forever. 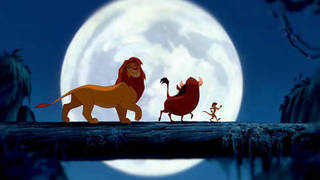 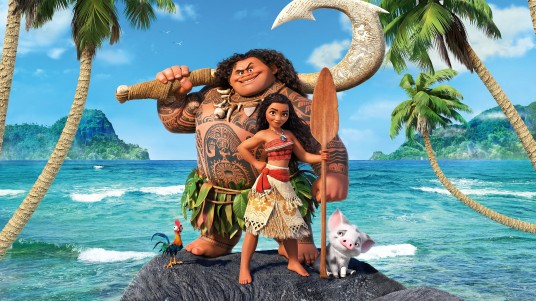 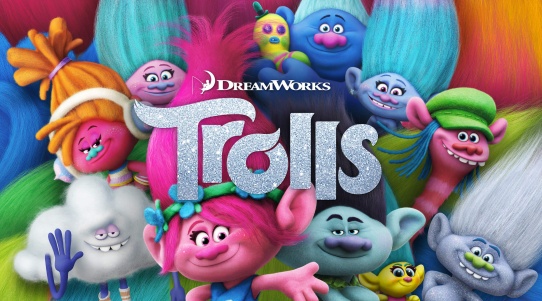 Some animation films these days are just too loud and silly for my liking. While Disney’s Cinderella is my all-time favorite princess, I like to remind Milly when she’s acting more like the step-sister Drisella, and she giggles at the thought. I must admit, some recent animated films have moved me to tears. I don’t mind watching them over and over. 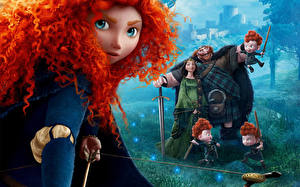 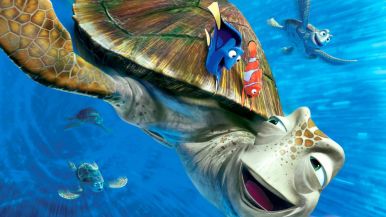 Let’s talk about the two music styles in animated films. There are the Shrek films that have a great time with pop music, but I find I appreciate animated films that take advantage of creating a mood with orchestral scores like John Powell‘s How to Train Your Dragon

and Michael Giacchino who has racked up beautiful scores for UP, The Incredibles, and Ratatouille.

Proportionally, I don’t hear sophisticated scores in adult films as I do in animated films, and that seems ironic that I have come to rely on a Pixar film take me away on a magical adventure or exotic location with music.

How would you define a perfect film? I would argue there’s something worth remembering about every film if you focus on its parts. When I size up a film, I concentrate on thirteen aspects. Some films have several qualifiers; however, it is rare that a film consists of the following thirteen factors:

2. The scene.  Ada gets her finger chopped off in The Piano.

5. The character transcends the actor.  Lincoln

6. Sound effects affect or the score inspires.  The Birds.  The Magnificent Seven

7. The production design/setting transports.  Lord of the Rings.  Out of Africa

8. The cinematography is innovative or artistic.  Inception.  Citizen Kane

9. Costumes are exquisite or perfectly show the culture.  The Aviator

10. Suspension of disbelief. I am “in” the movie.  The Science of the Lambs

11. The climax is clearly evident and startling.  Psycho

12. The ensemble cast around the major character is a blended microcosm. The Deer Hunter

13. The opening and ending shot. The Searchers

There are many good films to choose from, but are they perfect?  In no particular order, here are my dozen:

Apocalypse Now, “The horror, the horror.”

Dances with Wolves, the flip from soldier to warrior.

Alicia: There’s nothing like a love song to give you a good laugh.

On the Waterfront, Father Barry’s homily as he rises up out of the ship.

Survival story bar none. The sound of the water becomes an adversary. Who can forget the dueling banjos?

Cold Mountain, a great example of an ensemble cast.

The Matrix is still a fun mind-bender.

Is your definition of perfection different from mine? Maybe you would have added editing? If scores aren’t important to you, your list will be quite different. Also, Pixar’s Finding Nemo is a perfect film even though they aren’t wearing costumes, their animated scales and skin are exquisite.

Her film scores are feminine and fanciful, haunting and magical. Fifty-five year old English composer, Rachel Portman, was the first woman to win an Oscar for Best Original Score in 1997 for Emma. Her personal stamp as composer is behind an eclectic mix of films and television which illustrates her wide range ability to adapt to differing directors. Known for her strings and wind instruments, several of her scores evoke longing and represent a female protagonist. Her long career is impressive. She epitomizes the importance how a score can elevate the audience’s appreciation of the film. Her scores coat your sensibilities with a creamy, nostalgic emotional residue, and it is easy to forgive whatever shortcomings the film contained because the score echoes in your head long after the credits are gone. These are few of my favorites:

The violin solo grabs my heart and won’t let go.

The flute gives the score its fairy tale flavor. Is Vianne (Juliette Binoche) a good witch or a bad witch?

Whimsical, full-bodied orchestra lifts and floats your emotions like a bird drifting on a breeze.

The romanticized view of golf as an analogy of life (better than boxing!) and Jack Lemmon? I’m hooked. Director Robert Redford capitalizes on the beauty of nature, and this film is no exception. Despite the stereotype of the “Magical Negro”, it’s a charming tale. The score ties in the mysticism and the nostalgic 30s jazzy-feel of the time.

This is one of Johnny Depp’s best performances; as Buster Keaton, he was brilliant. The piccolo solo in the score pays homage to the silent era and compliments this 1993 dark comedy.

If you missed this 2009 HBO biopic/drama starring Drew Barrymore and Jessica Lange, you can catch it for free on YouTube. About the reclusive, quirky relatives of Jacqueline Kennedy Onassis, it is a sad story that F. Scott Fitzgerald could have penned. Listen how the oboe and piano melody accentuates the theme of lost dreams from a bygone era of wealth and prestige.  A must see!

Here’s a BAFTA composers interview where you can learn more about Rachel Portman:

Georgiana Cavendish, Duchess of Devonshire (7 June 1757 – 30 March 1806)  was an English aristocrat who married at the age of 17 to the Duke of Devonshire. She possessed a charming, passionate personality; her complicated marriage and the role of women during the Enlightenment period is the focus of the biopic directed by Saul Dibb and stars Keira Knightley who represents “G” over a span of ten years.

With lavish costumes, balls, bedrooms, and the salons of the British nobility, all the drama of a soap opera plays out of this royal family. The Duchess showcases a superb acting performance by Ralph Fiennes as the Duke who exudes power and tyrannical rule, but manages to convey a sensitive, human side that only Fiennes could deliver. Georgiana’s affair with the future prime minister, Charles Grey, (Dominic Cooper), her complicated friendship with her husband’s mistress, Bess Foster, (Hayley Atwell), and the quest to bear a son for the Duke are the primary points of the plot, while the theme of liberty and the limited rights of women are conveyed throughout. Some critics thought the pacing slow, but I did not. I enjoyed the score, the production design, and the multi-faceted personality of Georgiana expressed through Keira Knightley’s acting.

Georgiana Cavendish Devonshire was a progressive feminist, a politician of the Whig party, and a devoted mother as well as a vain, self-absorbed party-girl and gambler. Colorful and charismatic, the film is worth watching to absorb a sense of the dynamic personality of the Duchess of Devonshire.  7/10.

Are you a fan or foe of the film?

What are your favorite Rachel Portman scores?