Do you like reading Science Fiction? This is one of my favorite tales by Robert Heinlein. Heinlein’s human protagonist, Valentine Michael Smith was orphaned by the astronauts of the first expedition to Mars. Raised by Martians, Smith acquires superhuman intelligence and psychic abilities but retains the innocence of a child. When Smith returns to Earth, he evaluates the norms of human society such as religion, government, ownership, and sex.  Written in 1961, the cult classic infiltrated the Oxford Dictionary with the word “grok” as one who understands, emphasizes or knows. 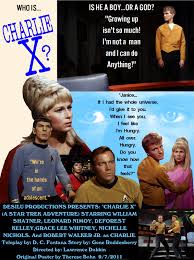 Episode 2 of the first season on Star Trek featured a boy named Charlie who was raised by extraterrestrials capable of great powers. Heinlein’s Valentine Michael Smith was the inspiration for the episode.

Take a look when you have a moment.

Whenever I think about Charlie X or Valentine Michael Smith, I think of an old school mate of mine and this familiar memory:

I crept up through the dark stairwell of the auditorium because I heard on stage above me the haunting sound of the most beautiful piano playing. In the wings behind blue velvet curtains, I listened to Adam, the only senior at our high school who had the skill to play Brahms Rhapsody in G Minor. He had set the stage lights in blues and greens. The house was dark, and I was privy to a private concert. As he played the grand piano, his face was unearthly. It was a five-minute experience that has stayed with me thirty years later.

Adam possessed a reputation for being a little eccentric. That is, he was too smart for the rest of us. He was tall and handsome and mysterious, always wearing black and a scarf around his neck. He was in his own world, often humming to himself, often laughing aloud when no one was around. He was a curiosity, a Stranger in a Strange Land.  Heinlein’s title is an allusion to Exodus 2:22, Moses, who was a stranger in a strange land. 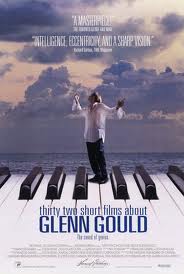 Canadian Glenn Gould was a great pianist whose eccentricities made him as famous as his gift for playing Bach. He carried around a battered chair too low for him to play on. You can hear his humming on his recordings. He spoke strangely, yet there was intense intelligence. He was a hypochondriac, a recluse, a stranger in a strange land. Mad? Autistic? Whatever the label, I find him fascinating. I recommend Thirty Two Short Films About Glenn Gould, an intriguing experiment in cinematography. The vignettes show Gould’s world of sensory sensitivity. It is not your typical Hollywood movie. It is intelligent; it is musically satisfying. No one can play the Goldberg’s Variations like Glenn Gould. Here’s one.

If you need a Hollywood movie depicting the eccentricities of gifted piano players, try Shine, the heartbreaking story of David Helfgott, an Australian prodigy pushed to the brink of insanity. Geoffrey Rush won an Oscar for Best Actor in 1996.

How many times in my life have I wished I could play Rachmaninov or Brahms or Chopin? I can’t play like my favorite strangers, so I will grok them from the wings and clap hard.

I was very pleased to witness the importance of Scotty’s role in Into Darkness. Simon Pegg was the candle in the dark room. That’s why I’m enthusiastic about this reboot of the classic. It is why it is better than Star Wars I, II,III, and VI.

The key to the film is the care given to the supporting cast. It takes time to care for characters. The special effects alone can’t carry a film. A solid script coaxes out relationships, and that’s what makes the franchise believable and loveable. How hard is it to please science fiction fans? It’s mission impossible.  J. J. Abrams delivers a satisfying show while walking a tightrope across the choppy waters of cynics through gale force winds of futuristic speculators.

One of my top-five dark comedies is Shaun of the Dead. The best zombie movie out there!

Simon Pegg is golden. As the perfect side-kick, he plays the real guy with average looks next to the gorgeous, Alpha Dog, perfectly.

He’s “Doug” from Pixar’s UP.  Scotty is loyal, silly, charming, and saves the day. 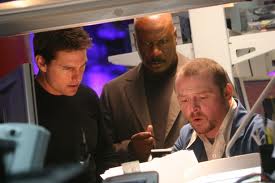 He’s the guy who reacts exactly as you would if you were assigned to work for Ethan Hunt or James Tiberius Kirk.

Only he’s smarter. Don’t you wish he were your roommate or brother?

I’m sure director J.J. Abrams understood this from MI3, 4. He welcomed Pegg as the genius most-likely-to-sleep-with-his-machines on board the U.S.S. Enterprise.  You thought it was Spock? After all, if it weren’t for Scotty, the ship, crew, and the plot ends.

Simon Pegg manages to give the iconic figure (RIP, James Doohan) his own personal stamp and it is wonderful to see. I only wish they’d kick that ridiculous little thing that resembles an Ewok off into another galaxy….